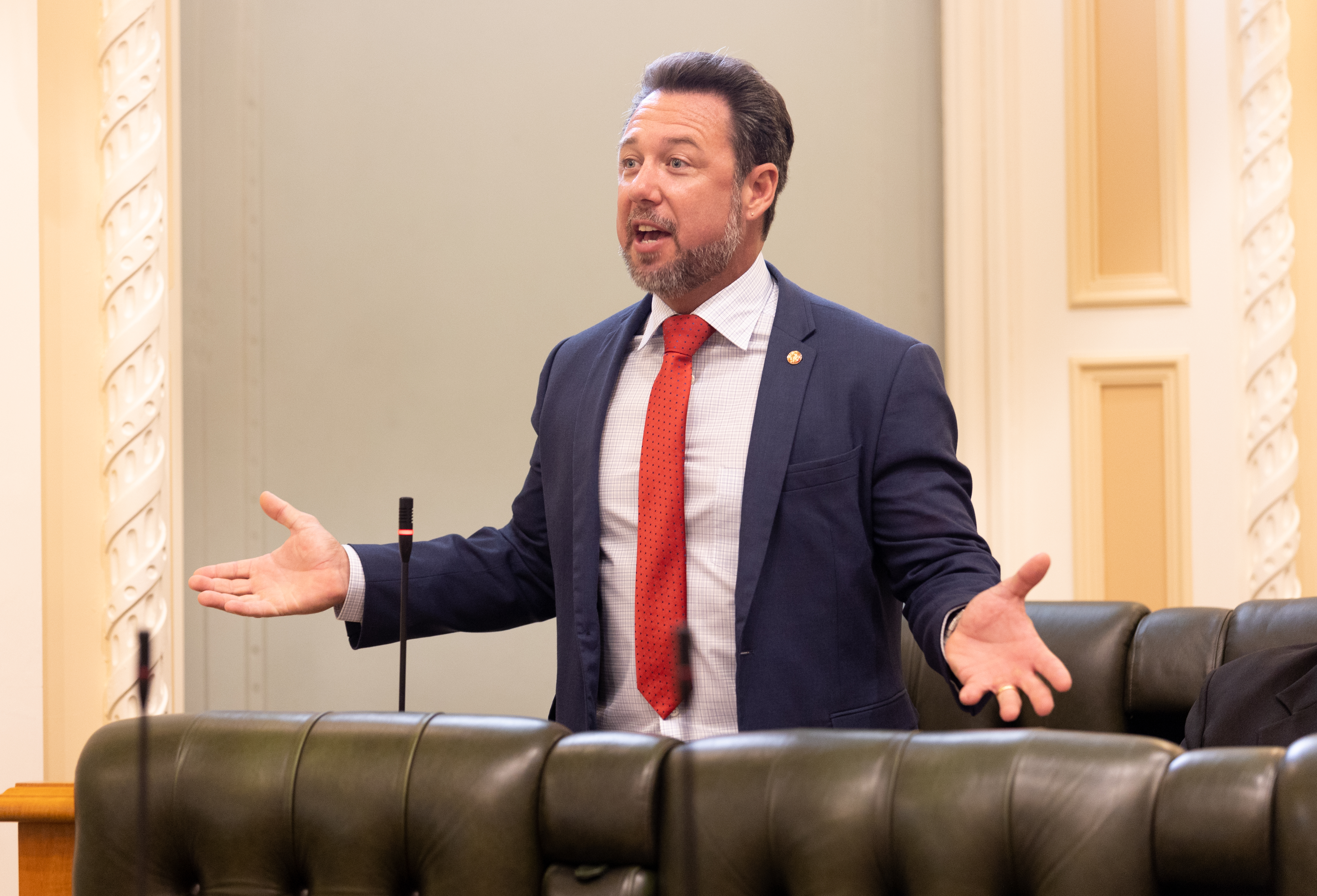 The Hinchinbrook MP said despite the Hinchinbrook electorate securing funds for education and various road upgrades a stronger focus on nation building infrastructure for North Queensland was needed to supercharge the State’s regional economies.

“Although, I’m extremely pleased more than $3 million was allocated across various schools in the Hinchinbrook electorate for maintenance, minor works and refurbishments, the North needed more than what’s necessary to just keep the lights on,” Mr Dametto said.

“In the budget, $1.2 million was allocated for a new security fence for Northern Beaches State High School, $400,000 for refurbish of Block C at Ingham State School and $45,000 under the school subsidy scheme for Trebonne State School.

“Tourism also got a nudge, it’s fantastic to see that $191,000 in 2022-23 out of a $491,000 total spend has been allocated to support Cassowary Coast Regional Council’s investigations into the Cardwell Tropical Mountain Bike Network.

“Building a world class mountain bike trail in Cardwell will generate significant economic benefits for the region and will increase opportunities for accommodation, hospitality and tourism businesses.

“The 2022-23 State Budget also included the $6.4 million which was previously allocated for Port Hinchinbrook’s Sewerage Treatment Plant, we’ve made sure that funding isn’t going anywhere.

“I’m also extremely excited to see funding allocated for the North Townsville Road, Northshore Boulevard to Ingham Road, safety and capacity, planning project. Out of a $1,160,000 total spend, $610,000 will be spent this financial year to work on a solution to rectify the congestion for motorists heading towards Townsville CBD or the Northern Beaches during peak hour times.

“Despite these wins, it’s extremely disappointing that water projects such as the Stone River Weirs missed out on funding for a preliminary business case.

“This project would allow the region to diversify its crop rotation and ultimately create new agricultural opportunities, resulting in the further growth in the industry.

“Another priority project that was neglected was fully funding all tidal access at Forrest Beach and Dungeness, which has the opportunity to unlock tourism in the Hinchinbrook electorate and improve safety for all boat users.

“As each financial year goes by, we continue to see regional Queensland being left behind while South East Queensland continues to proposer and evolve.

“North Queensland continues to generate money for the State and what we see today is yet again another budget for Brisbane.

“It appears we won’t see any significant funding for major infrastructure projects in North Queensland until we have a separate state.

“It comes as no surprise that a large bucket of funding has gone towards preparation for the 2032 Brisbane Olympics and our struggling healthcare system.

“The KAP believes that a strong North Queensland is underpinned by a network of well-resourced regional towns, and we will continue to be the voice for our regions and fight for their fair share.”