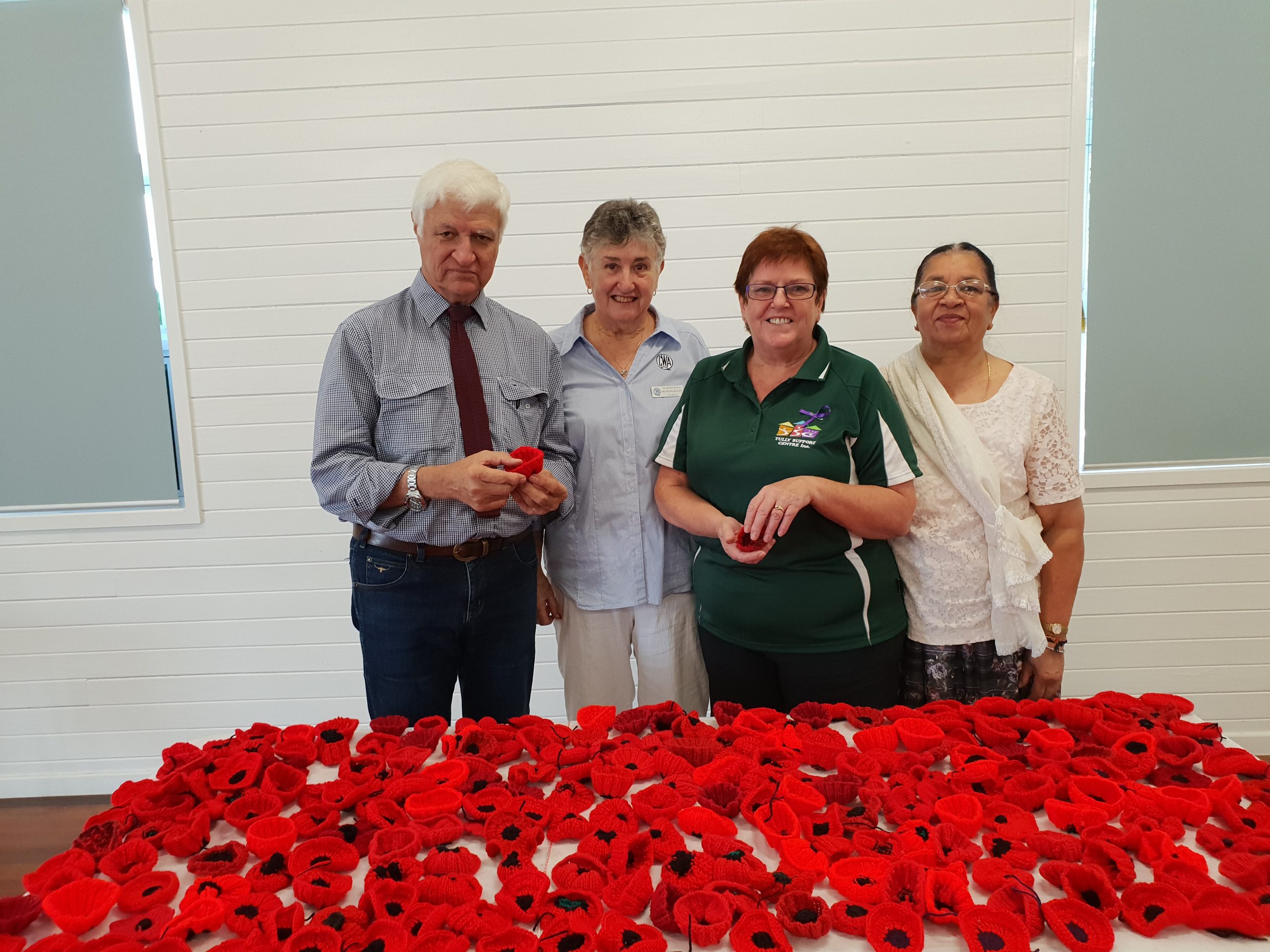 KAP Leader and Federal Member for Kennedy received hundreds of handmade poppies from the Queensland Country Women’s Association (QCWA) in Tully today, that will hang in an exhibition at the National War Memorial in November.

KAP Leader and Federal Member for Kennedy received hundreds of handmade poppies from the Queensland Country Women’s Association (QCWA) in Tully today, that will hang in an exhibition at the National War Memorial in November.

The poppies are part of a national campaign which started last year to create 62,000 poppies to celebrate the 100 year anniversary of the end of the World War 1.

Mr Katter received the package of poppies at an official handover and will courier the parcel to Canberra next week where he will officially deliver them to the Australian War Memorial.

Mr Katter said, “Wherever I go people say that times are really bad; but last week I looked at the dawn service and the crowds just keep growing and growing.

“The poppy is a symbol of remembrance. My Great Grandmother’s brother died at Gallipoli, but how many mothers in Australia lost their sons?

“What these ladies have achieved is tremendous. They should all be very proud that their hard work will be on display at the National War Memorial.

“The ladies here are making a big a contribution as those that laid down their lives for us.”

Georgina Duggan a Community Engagement Development worker at the Tully Support Centre worked in collaboration with the QCWA craft group, said it took six months, ten women and hundreds of hours of tireless knitting to produce the poppies.

“We are very proud to be involved in this.  Last year I saw an article calling for 62,000 poppies that would represent number of lives lost in World War 1,” Ms Duggan said.

“I answered the national callout and together we’ve been able to contribute hundreds of poppies.

“They supplied us with the patterns, but each individual poppy is a little bit different,” said Ms Duggan.