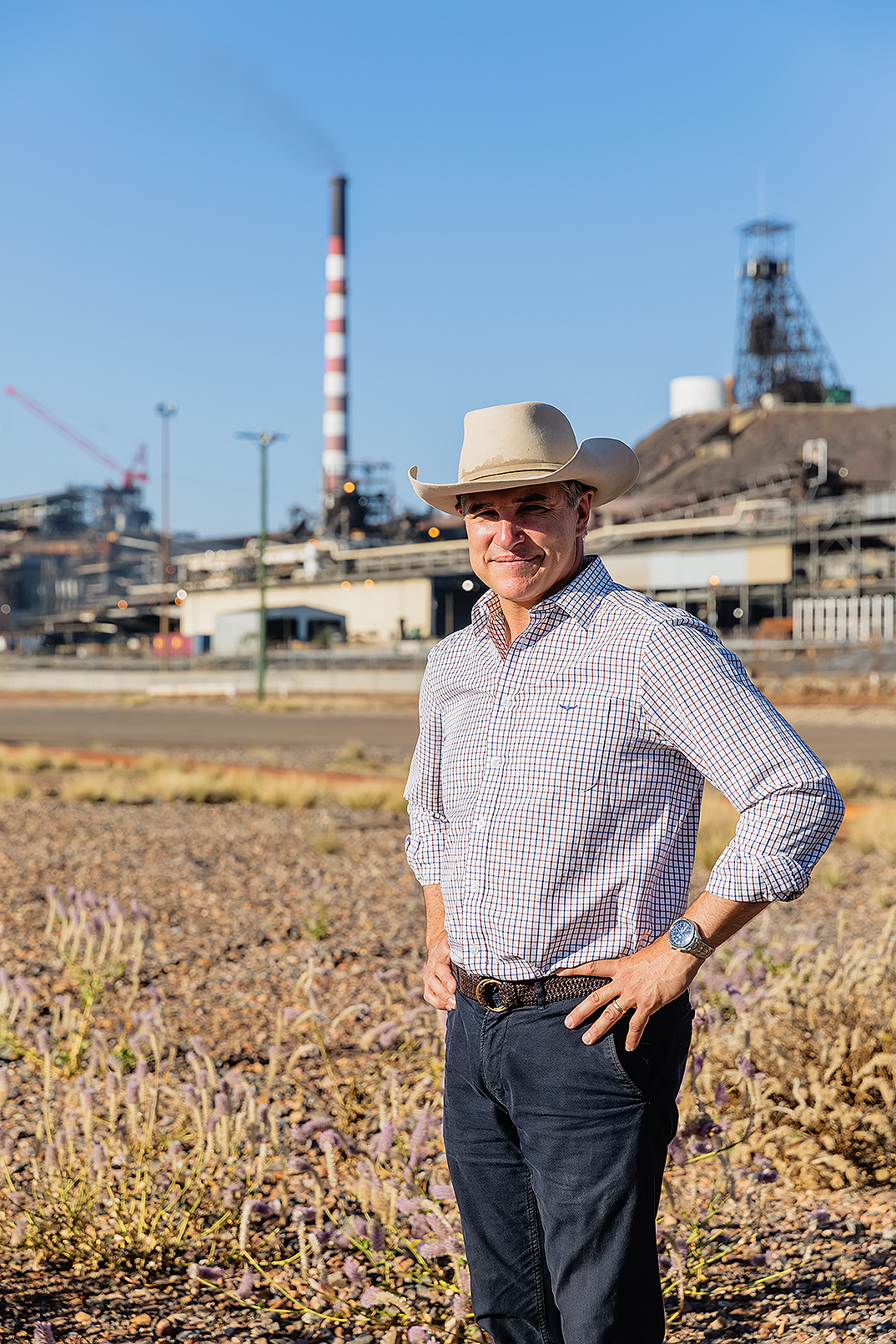 Katter’s Australian Party Leader and Traeger MP Robbie Katter said the main – and perhaps only – genuine critic of the nation-building CopperString 2.0 project was the corporation that currently has an fossil-fuelled energy monopoly in North West Queensland.

Mr Katter, whose state electorate of Traeger would encompass the entire project, said APA Group currently had a stranglehold on the local energy market that was crippling economic expansion.

“APA are a greedy corporation whose only intention by slagging off at the CopperString project is to protect their $90 million a year, unregulated monopoly,” he said.

“The APA-run monopoly in the North West is so dysfunctional they require ACCC exemptions from competition law just to operate and they can’t even keep the lights on.

“By trying to block the grid connections they are not only denying Queensland expansion of critical minerals production, they are blocking the development of more than 2,000MW of renewables across the Mount Isa to Townsville corridor.”

APA customers in the North West, who are currently paying more than $200MW-hour for electricity, have since publicly lashed the monopoly power supply.[1]

A customer told the Australian Financial Review  it “had to buy the natural gas for APA to convert into their electricity”, and agree to “onerous terms that force them to, for example, keep paying for power even during their regulator stoppages for maintenance work”.

“They are the one provider: if you want to consume power in the Mount Isa region, you have to come with hat in hand to them and they effectively set the terms,” the unidentified mining customer said.

Mr Katter said all the North West wanted was to be connected to the same energy market that was afforded to the majority of Australia.

Copperstring 2.0, the project to connect the North West Mineral Province (NWMP) to the National Electricity Market (NEM) via a 1,100km transmission line, has the support of all major stakeholders in North Queensland.

This includes the Federal Coalition Government, the State Labor Government, peak bodies including Townsville Enterprise, Northern Queensland mayors, and the majority of small and medium enterprises in the region.

Developed by proponent CUstring, the transmission line will be the largest geographic extension of the NEM ever undertaken, connecting a region currently 100 per cent reliant on a single source of power (APA’s gas powered-station in Mount Isa).

The extension of the NEM promises to unlock $720 billion worth of mineral extraction in the form of zinc, copper, gold, lead, cobalt, vanadium and phosphate.

“The NWMP is being held back by some of the highest electricity prices in the world and a lack of access to a competitive market,” the report says.

The Federal and State Governments have also thrown their weight behind CopperString.

The Queensland State Government entered into an “implementation agreement” with the proponent of CopperString in October 2020, underwriting some of the initial investment costs, including the Environmental Impact Assessment.

In pledging her support, the Queensland Premier Anastasia Palaszcuk compared the project to nation-building exercises such as the Great Northern Railway.

“Like the railway lines that connected Mount Isa to the port of Townsville a century ago, my government’s support for the 1,100 kilometre CopperString powerline will open the New Mount Isa.”[2]

The project also has the backing of the Liberal National Coalition Government, with $11 million announced by the Prime Minister Scott Morrison “to help progress the project to the Final Investment Decision” stage.

“Our support for CopperString is an investment in the future of Queensland that will bring power prices down, create 750 direct construction jobs and unlock the significant economic potential of the North West Minerals Province,” Prime Minister Morrison said.[3]