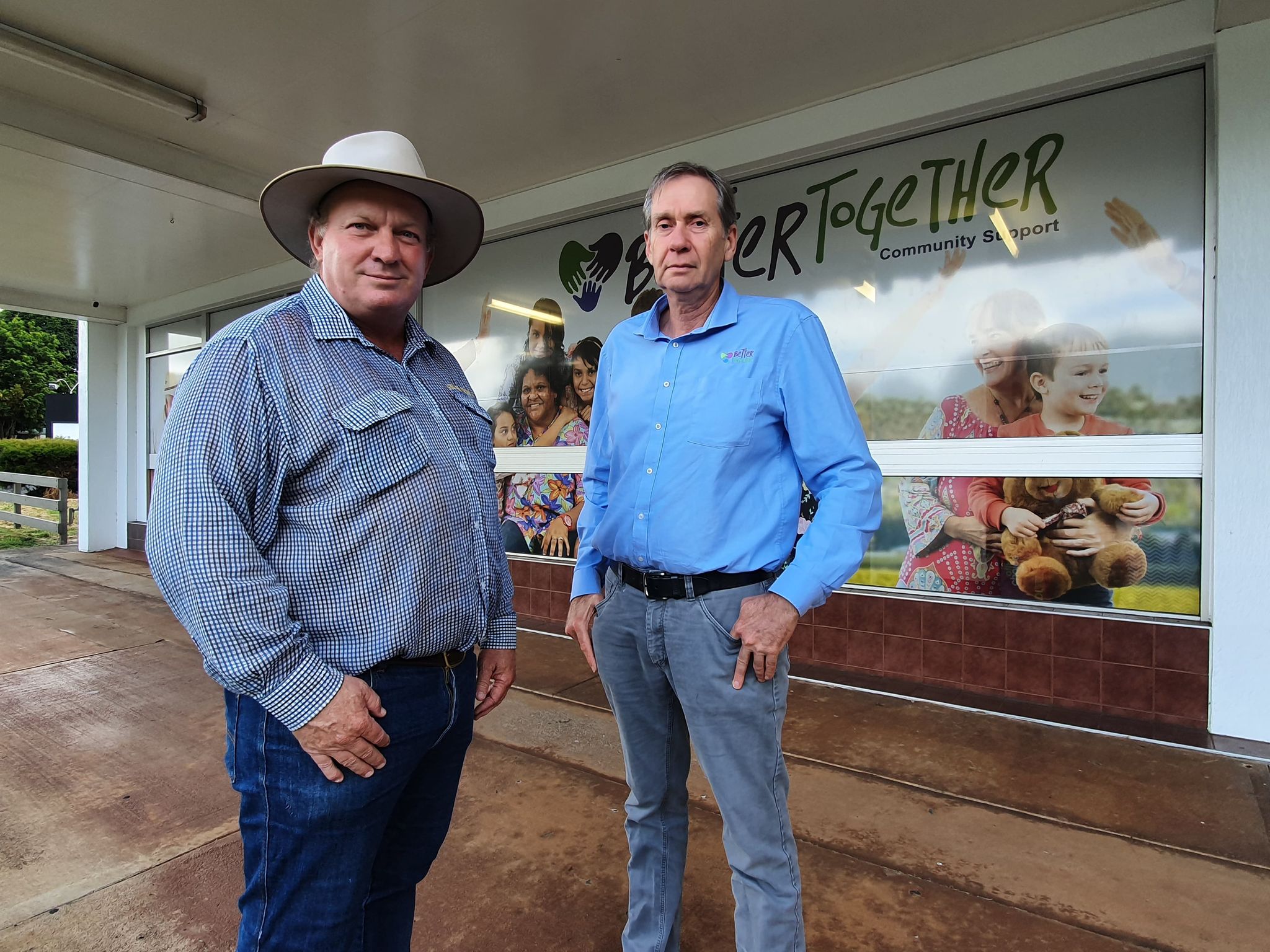 The Atherton Community Centre has, finally, been given the green light with funding for the construction of the new $4.1million building being announced.

State Member for Hill Shane Knuth said it had been a long, hard-fought process to get the project up and running and welcomed the final injection of funds from the Federal Government.

He said securing funding for the project started way back in 2015 with a visit from former Minister for Communities Shannon Fentiman.

Mr Knuth along with Better Together Community Support CEO John Russell (formerly Community Services Tablelands) and his team lobbed the Minister for the initial funding, which was delivered.

“To the states credit, they recognised the importance of the project and provided a $250,000 grant towards the completion of a full documented design, all necessary planning approvals and securing of land tenure,” Mr Knuth said.

“A further commitment of $1.9million from the State Government and $300,000 from Better Together was made towards the construction of the project, provided the Federal Government matched the states contribution.”

Mr Knuth said by working closely with Better Together Community Support they were able to secure a yearly renewal of the State Governments commitment, until Federal funding was secured.

“I understand that the Federal Government knocked back the counterpart funding twice before finally agreeing to a $2.2million contribution last week,” said Mr Knuth.

“This is great news and I welcome the Federal Governments counterpart funding commitment and give credit to John’s nonstop advocacy of the project. Its fantastic news that the community centre will now go ahead.”

Better Together Community Support CEO John Russell thanked all levels of Government for delivery of the project.

“Without the unwavering support and lobbying from Shane we would never have got the project up and running,” Mr Russell said.

“Securing the initial state government support was vitally important and gave us the launch pad we needed to ask the Federal Government to also contribute to the project.

“It has been a lot of hard work, but I am extremely thankful the Federal Government has recognised the impact this project will have on the community and has agreed to support this very necessary infrastructure investment.

“This infrastructure will provide a very open and accessible space for community wellbeing, social inclusion, connections, volunteering, and support.

“It’s a wonderful project for the community and we expect the project to start within a few months of signing the agreements with the Federal, State and Local Governments.

“The flow on effects of the project will now inject over $12M of activity into the economy, it will also provide local jobs, a boost to local businesses and will be completed over the next 12 months.”