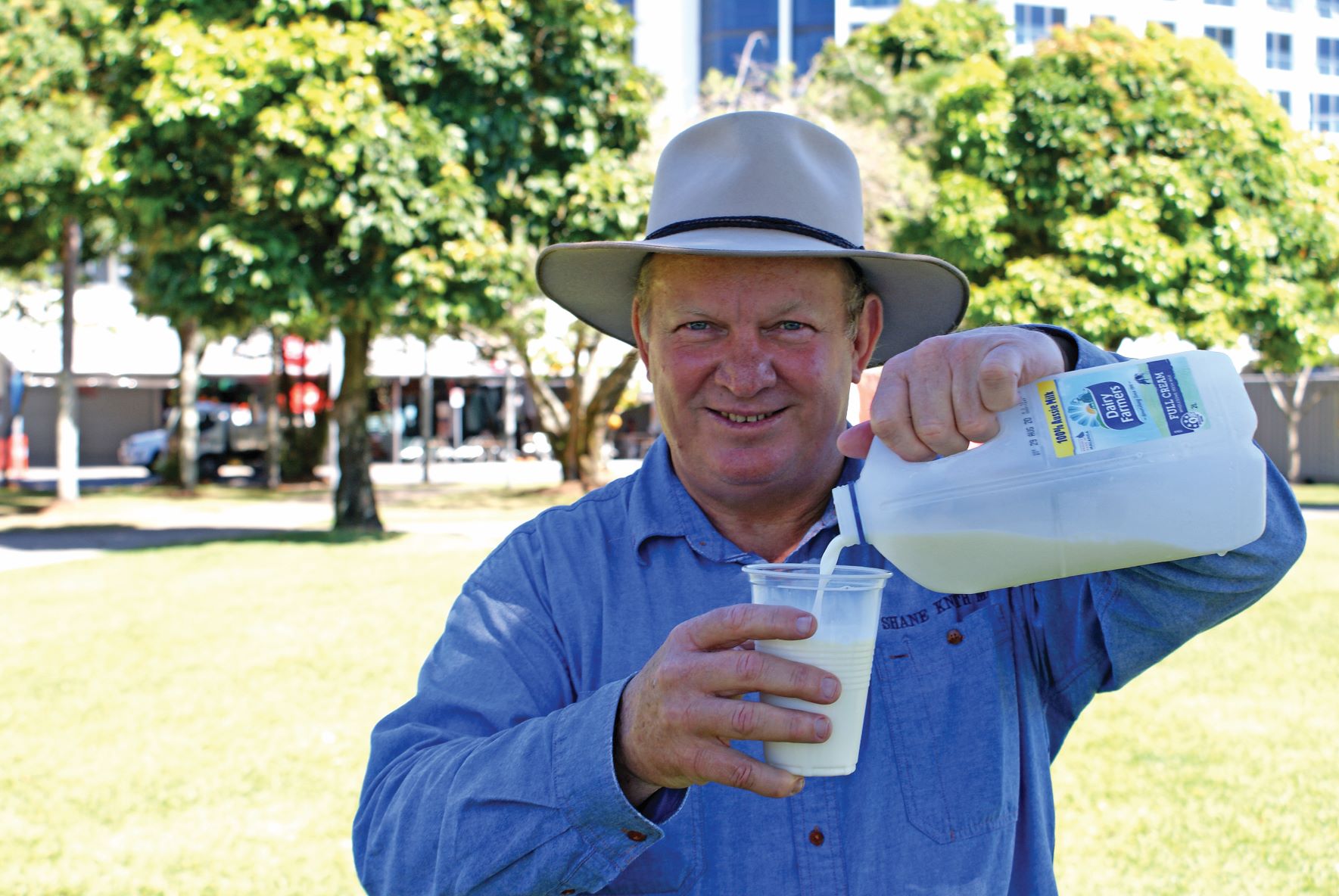 ATTACK ON DAIRY FARMERS A DISGRACE

ATTACK ON DAIRY FARMERS A DISGRACE

State Member for Hill Shane Knuth has today spoken openly and passionately about his disgust at the forced abandonment by Queensland Dairy Organisation (QDO) of their Fair Go Dairy logo.

The logo was an initiative to allow consumers to be able to identify which milk sold in supermarkets, offered a fair farm gate price back to
Dairy Farmers.

However, QDO, in a statement released today, have been forced to scrap the logo, due to the exhaustion of funds fighting legal battles and
challenges from processors and other retail stakeholders to stop the release of the logo.

“Prior to deregulation of the industry in 2000 we had more than 270 dairy farms on the Atherton Tablelands alone,” Mr Knuth said.

“The logo wasn’t the solution to the problem, but it was a step forward in helping our dairy farmers who are disappearing at an alarming rate in Queensland.”

Mr Knuth has been a huge supporter of the industry, introducing the Fair Milk Logo in 2013 and the Fair Milk Price Logo Bill in 2016, which both major parties voted against.

However, after constant lobbying by Mr Knuth the current government acknowledged that a logo to identify milk sold in supermarkets which provides a fair price to farmers was a good idea and an effective way to help dairy farmers.

“I have been a huge supporter of the initiative and assisted QDO in securing funding from the State Government towards the design and release of the logo, however the challenges through the ACCC, appeals and legal proceedings have now exhausted those funds completely.”

Mr Knuth said the ACCC originally cleared the logo for release despite initial resistance from supermarkets and processors.

“The latest challenge from the Australian Dairy Products Federation (ADPF) is an absolute disgrace,” he said.

“What are they afraid of? If processors and supermarkets are doing the right thing then why are they stopping this simple initiative?

“It is very clear they do not want any form of transparency shown to consumers to allow them to support those milk products sold on shelves, which pay a fair price directly to dairy farmers.

“This is what big business do, they will hold up the release of initiatives by tying it up in legal proceedings for as long as possible, until smaller organisations cannot afford to continue to fight.

“Processors and supermarkets will use slick media campaigns to deceive the public and convince them that they are the good guys who are looking after our farmers, when I see the reality every day where we are losing dairy farmers and the few that remain have their backs to the wall.

“These farmers simply cannot continue to work the industry they love when they get paid less by processors and subsequently supermarkets, than it costs to produce milk. It is heartbreaking.”

Mr Knuth said every Queenslander should be outraged that taxpayer money has had to be used to fight processors and supermarkets and should write to their local member, State and Federal Governments to take action and provide additional funds for the release of the logo.

“Otherwise, within a few short years we won’t have a dairy industry in the state, certainly not on the Atherton Tablelands and we will be importing our milk from interstate and overseas, or worse, only have long life milk on our shelves.”