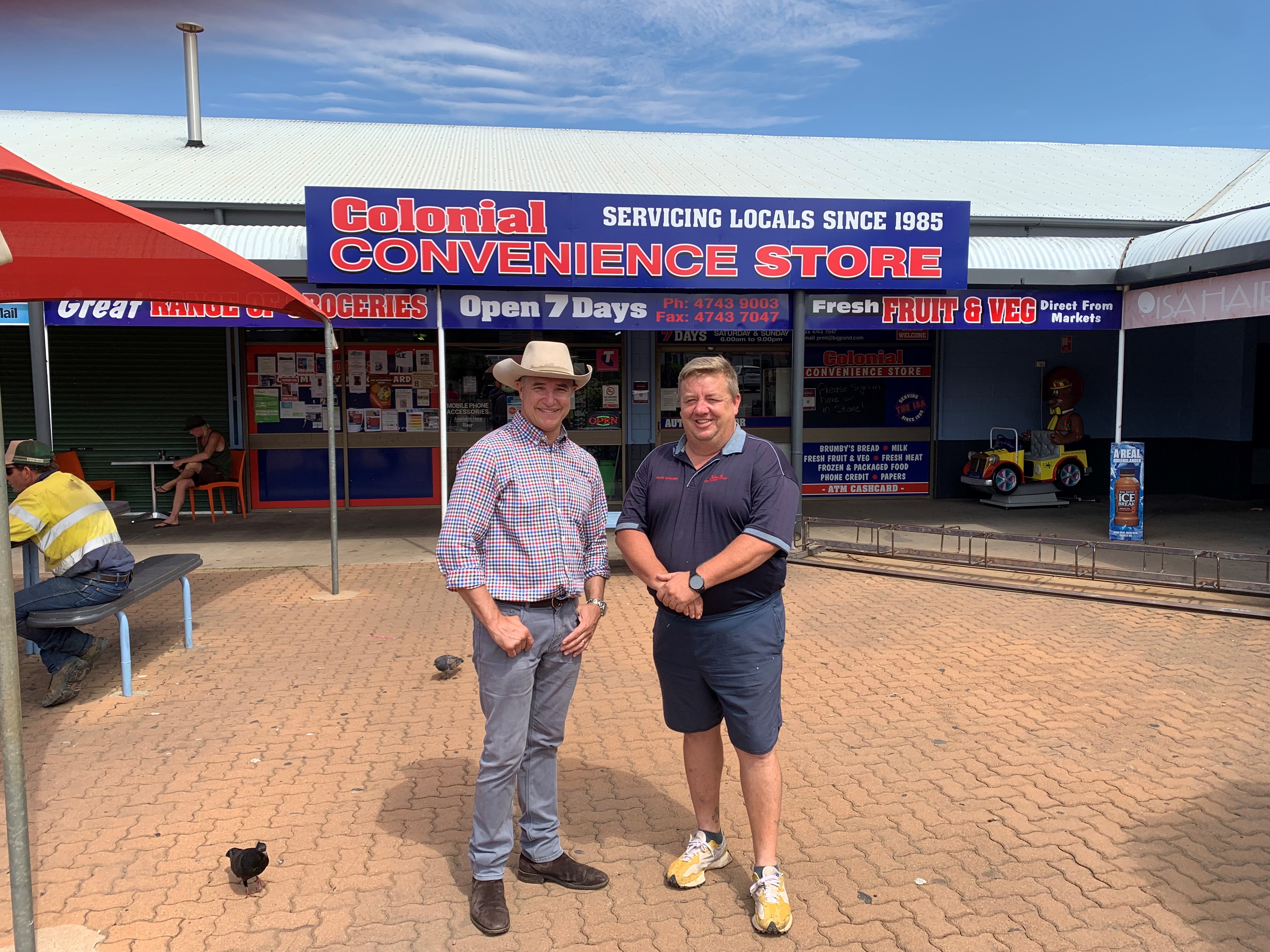 The Palaszczuk Labor Government has given major supermarkets and large corporate retailers the green light to encroach on the previously protected small private enterprise, representing a huge blow to business diversity in outback towns.

Up until now, a number of rural and regional Queensland towns[1] were subject to trading hours regulations that prevented major supermarkets and large corporate retailers from opening on public holidays and Sundays and otherwise seeking to extend their normal trading hours.

However, the recent passing of the Trading (Allowable Hours) Amendment Bill 2022 meant the last remaining retail protections would be lifted.

Katter’s Australian Party Leader and Traeger MP Robbie Katter said the move, which was supported by Mount Isa City Council but opposed by the KAP, was short-sighted and threatened the viability of small, independently-owned businesses like corner stores, green grocers and IGAs.

The KAP had argued for the protections relating to Sunday trade be extended until 2027, but Labor refused.

“In relation to the moratorium that prevents the opening up of Sunday trade to the big retailers, the KAP tried to further extend this moratorium for additional five years instead of just the 12 months that Labor wanted,” Mr Katter said.

“This was in a bid to increase the protection afforded to the fragile economies of rural and regional communities across Queensland and the small, independent retailers that operate within these communities who we believe will be adversely affected by de-regulation and additional market access being provided

to the bigger players.

“These smaller retailers simply cannot compete with the big fish – across the board, whether it’s buying powers, staff wages, advertising, they are undercut at every turn.

“The debate of this issue is often incorrectly summed up as one of ‘what’s more convenient?’, but it is about so much more than that in the long run.

“It is about who we want to ultimately and control our retail sector – shareholders in the capital cities and overseas, or our neighbours and friends?

“It is about which businesses give back to our communities and are therefore more important to their social fabric.

“No local footy or netball club goes to Woolworths and Coles for sponsorship, they go to the small local businesses – now, maybe for not too much longer.”

Mr Katter said the KAP had fought hard on behalf of independent business owners despite weathering criticism from some sections of the public.

“The KAP was of the belief that the extension of the moratorium was especially important due to the extreme economic disruption caused by the COVID-19 pandemic and the more recent challenges relating to the rapidly rising cost of living and doing business in Queensland,” he said.

“We argued these challenges countered and ultimately eroded any business opportunities or protections that small, independent businesses in rural and remote townships otherwise would have been afforded by the original moratorium.

“Despite our opposition and amendment, the Palaszczuk Labor Government passed their original Bill without change.

“We have lost the battle on this one but not the war, and KAP’s allegiance to small and medium business owners remains unchanged – we will closely be watching the impact of these law changes and sounding the alarm if we see any adverse outcomes.”