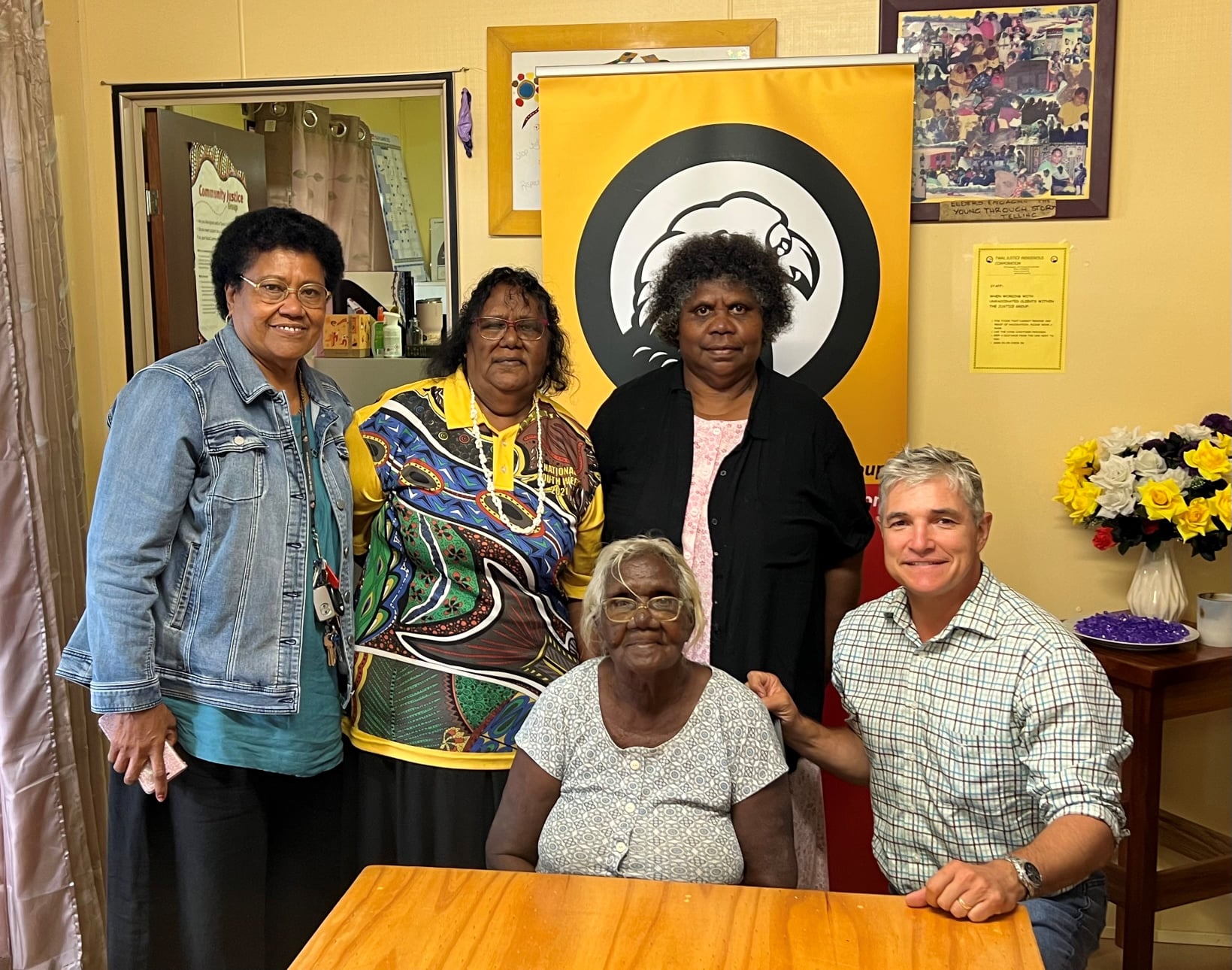 Queensland’s Blue Card system has been labelled a “modern-day injustice” for First Australian people living in remote communities, but the Palaszczuk Labor Government has no intention of taking on the task of its reform, Katter’s Australian Party Leader and Traeger MP Robbie Katter has said.

Speaking following the handing down of the Legal Affairs and Safety Committee’s inquiry into his Working with Children (Indigenous Communities) Amendment Bill 2021, Mr Katter was scathing.

“It’s astonishing hypocrisy to me, that a government tying parade around talking about a treaty, closing the gap, and giving people a voice, which is precisely what this legislation does, and it is being outright rejected.

“This KAP proposal is a manifestation of precisely what they are talking about in action, and they have fallen over at the first hurdle.

“Three times this Bill has been pushed through the Parliament and three times we have forced Indigenous leaders, elders and Blue Card rejectees to lay bare the impact this system is having on their lives and livelihoods – and for what? For the Government to pat themselves on the back and claim to care about Indigenous issues?” he said.

“Children are no safer across Queensland, or indeed in Indigenous communities, for the Blue Card Services over-reach that my Bill seeks to address – these are rejections based on minor and dated offence history that have nothing to do with kids; it is madness to refuse someone a job and a chance at a future on this basis.

“If it’s about a Path to Treaty and all the meetings and photo opportunities that come with a tokenistic gesture like that, Labor MPs are all in but if it’s about taking definitive action and addressing tough issues, whether they be unemployment, intergenerational poverty, or youth crime, they’re nowhere to be seen.

“The Indigenous members of the Palaszczuk Labor Government should be particularly ashamed – personally, I am not sure how the Member for Cook is going to be able to look her constituents in the eye.”

Mr Katter said the report recommended a trial of some new proposals but said these were manifestly inadequate and were akin to “tinkering around the edges”.

In the report, LASC Committee chair Peter Russo said applying for Blue Cards could be “exhausting and re-traumatising” for Indigenous people due to intergenerational trauma, language barriers and complex ID requirements.

He said the Committee had been informed some employers were making Blue Cards mandatory to apply for jobs that didn’t involve any direct contact with children.

“Our inquiries revealed manifest disadvantage, including that negative notices impact not only individual families but the wider community by disconnecting young people from family, country, language and culture,” Mr Russo wrote.

“This disconnect is a modern-day injustice, with a haunting reminder of other times in our history when First Nations people were separated from family and country against their wishes.

“We have to do better.

“These are the words of the Labor committee.”

But then the LASC, which is stacked with Labor MPs, recommended the KAP Bill not be passed, this is the ultimate hypocrisy.