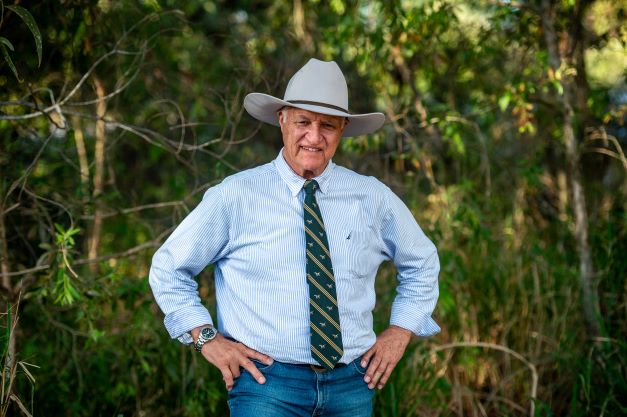 I refer to The Australian article on March 2,[1] concerning what amounted to innuendo, saying that my unique position in Canberra enabled my relatives the O’Brien family to benefit.

The extraordinary inaccuracies with which your journalist wrote needs to be exposed.

Firstly, Mount Isa is a giant, $4b per annum, industrial complex which has a silver-lead-zinc mine and processing plant, a giant copper mine and smelter, and a giant phosphate and fertiliser plant. No other industry activity in Australia compares. The copper and fertiliser plants’ survival are dependent upon copper, but the copper ore body is at great depth and lower grades.

Secondly, CopperString was never proposed by the O’Brien family, it was proposed by the general manager of Mount Isa Mines.  Extending the national grid still has consensus support from the miners in the North West Minerals Province (NWMP).[2]

John O’Brien wrote to the then Qld Bligh Government encouraging them to build the line. They were too busy building monuments in Brisbane.

Totally independently from Mount Isa Mine’s advocacy, Kevin Rudd launched his national energy grid policy and was determined to take competitively priced power into the Pilbara, the NWMP, and the Olympic Dam area.  Later, Julia Gillard announced $335m for Copperstring and spoke highly of the need to extend the national grid in an Australian Business Council address.

As Mines and Energy Minister at the time, I was heavily involved in securing gas for a proposed new power station near Mount Isa.  The gas was secured at $1.60 per unit but it’s now $16 per unit.

With what is now the most expensive gas in the world we are hopelessly non-competitive. The NW Qld grid has one supplier of electricity, in what some might describe as a monopoly power supply situation.

Do, they want a competitor in the marketplace?

The foundations of the Qld transmission grid were built by governments. Not because they made a profit but because they were good for Qld. Infrastructure precipitates economic growth.

The current power supply is fully committed, unreliable and more than twice the price of the national grid.

If you think that the greatest minerals province in Australia should be constricted to no growth because of a non-competitively priced, restricted power source, then some might say you believe in unbridled profits over the common good.

My daughter is married to a senior mining executive, under APA’s logic, I shouldn’t be allowed to say anything about coal or competitively priced power.

I’ve owned cattle all my life and still own cattle, therefore I should shut-up about the cattle industry?

It’s clear the things I believe in and those are the reasons why people vote for me – not the slithering suits out of Sydney, who wouldn’t understand democracy.

The NWMP has been home to my family for the last 140 years and maybe even a hell of a lot more (I’m dark enough).

No self-respecting government would stay out of the way of a private monopoly, to the slow, strangulating death of the greatest resources area of our country.

As the law states if you have monopoly power you must act as if you don’t have it.