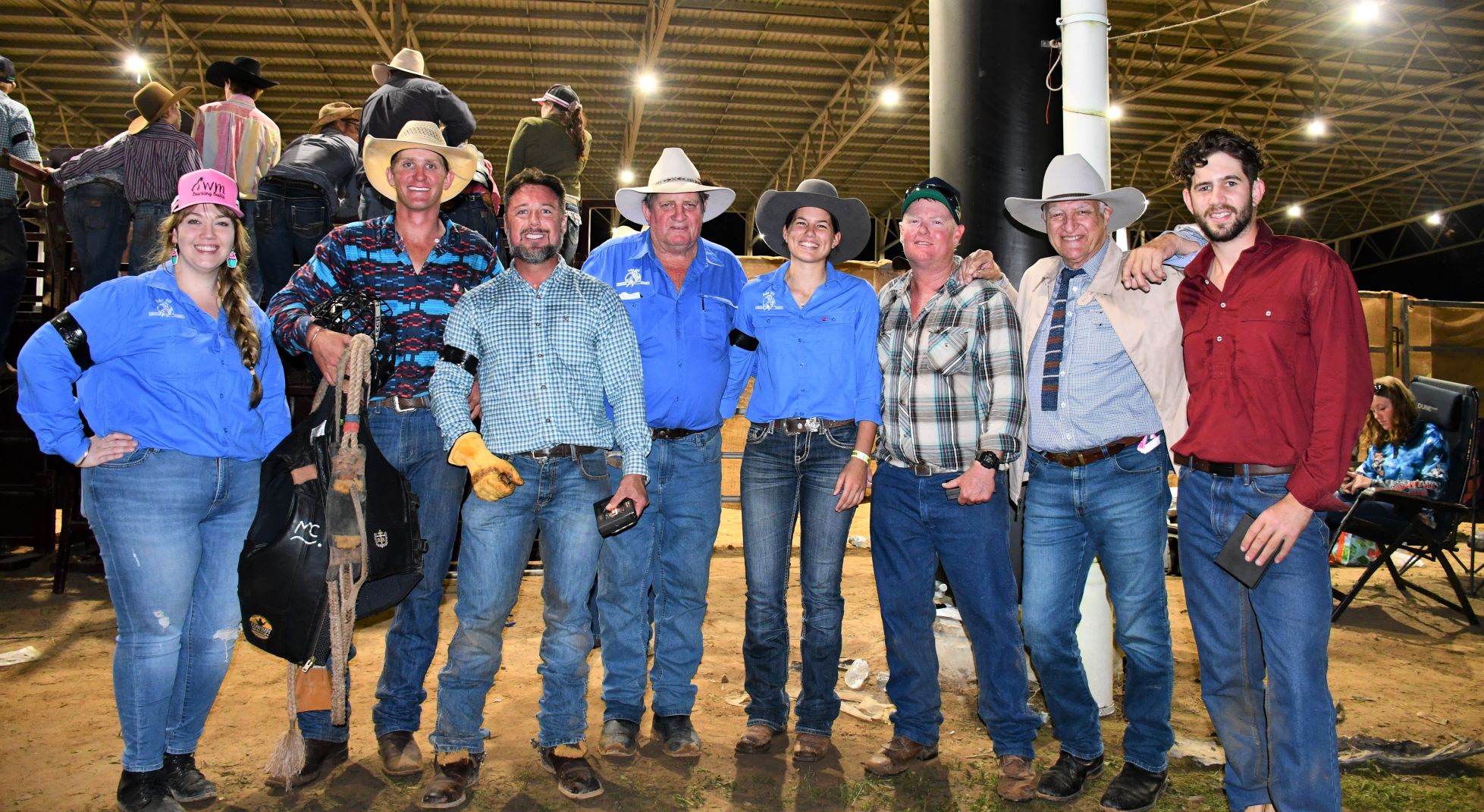 MEMBER for Hinchinbrook Nick Dametto took on the raging bull to raise funds for charity at the annual Ingham Sugar City Rodeo, September 11.

The four riders battled it out, with Jonty Collins-Furber topping the leader board with a time of 6.7 seconds, James Stevens came in second place with 4.6 seconds, Nick Dametto MP placed third with 4.3 seconds and Casey Costabeber followed with 4.2 seconds.

The Ingham Sugar City Rodeo Committee and the four brave riders praised the community for their generosity after smashing their target and raising over 5000 dollars.

The funds will be spilt equally amongst the rider’s charity of their choice, including Audrey’s Angels of Hope, Ingham Palliative Care, Ingham Riding for Disabled Association Inc. and Hinchinbrook Branch Queensland Blue Light.

Ingham Sugar City Rodeo donated an additional 500 dollars to Ingham Palliative Care thanks to Jonty Collins-Furber for riding with the best time.

Mr Dametto said he enjoyed the friendly competition and he was pleased to beat his personal best of 3.5 seconds.

“What an atmosphere, it was fantastic to see the grandstands full and the community coming together to support this well-loved annual event,” he said.

“It was a beast of a bull that’s for sure, I’m still a little sore today after holding on for dear life.

“I can understand why people participate in the sport; it definitely got the adrenaline pumping. Although, with my current skillset I don’t think I will be giving up my day job anytime soon.

“I didn’t make the eight seconds, but I did make halfway, so I have some unfinished business bring on next year,” said Mr Dametto.

Federal Kennedy MP, Bob Katter said it was a pleasure to attend the event and it was fantastic to see it grow and evolve.

“The Ingham Sugar City Rodeo is getting huge. If it keeps growing the way that it is, it will be up there with Mareeba and Mount Isa. More than half the audience came from Townsville and of course that will increase because people prefer a rodeo in a rural setting than in a big city rodeo which has never had much success,” he said.

“For those asking, are you going to have a go? Well, having been thrown, kicked, bumped, and bitten by horses for a small but significant portion of my life, my self-preservation siren is screaming. All the more power to Nick,” said Mr. Katter.

Nick Dametto MP thanked the three brave men who rode with him for taking the bull by the horns to raise funds for local charities. He also thanked the Ingham Sugar City Rodeo Committee for their efforts on creating another successful event.

The GoFundMe page remains open this week, to donate to the Charity Bull Ride and support the chosen local charities please visit https://www.gofundme.com/f/ingham-sugar-city-rodeo-2021-charity-bull-ride