Like most Australians, KAP’s Queensland Member for Hill, Shane Knuth, has had to work hard for everything he has.

He was born in Tully, the third of five children.

Shane has been elected to the Queensland Parliament four times since first winning his community’s support in 2004.

Shane is a family man and has four children with his wife, Heather: Anna, Joel, Daniel and Naomi.

He owns a small pastoral property and understands the pressures faced by rural and regional communities.

Shane has extensive Parliamentary experience and has overseen Shadow Portfolios for Communities and Disabilities and Mines and Energy. He has also been Parliamentary Secretary for the Shadow Minister for Northern Development and held positions on a number of Parliamentary committees.

Before entering politics, Shane worked for Queensland Rail for 19 years.

“As a railway worker for QR in the 90’s, I decided to do something about the neglect of rural Queensland,” Shane said.

He won the seat of Charters Towers in 2004 and when the boundaries changed he went on to win the seat of Dalrymple. After another major boundary change, Shane contested and won the seat of Hill at the 2017 Queensland state election, with a whopping 48 per cent of first preference votes.

“I have taken the government on over 100 per cent fly-in fly-out, massive politician pay rises, the sale of our profitable assets, the impost of the rural fire levy, the rushed bikie VLAD laws and the appointment of a government-friendly CMC.

“Together, Robbie Katter and I have secured nearly half a billion dollars in funding for our electorates. We have held off the reintroduction of vegetation laws, and secured the passage of the Choice in Sugar Marketing,” Shane said.

Outside of Parliament House, Shane is a keen sportsman and was a member of the Charters Towers Queensland Rail Silver Spike race team that won the state titles in 1997, 1998 and 1999.

He was a talented Rugby League player, representing Australia and Queensland at a number of junior levels. Shane played 13 A grade games for North Queensland and 90 first grade games for Redcliffe, including as a member of the Charters Towers Miners A-grade Premier team.

Shane is involved in his local church community and in rare down time loves to go shooting and fishing. 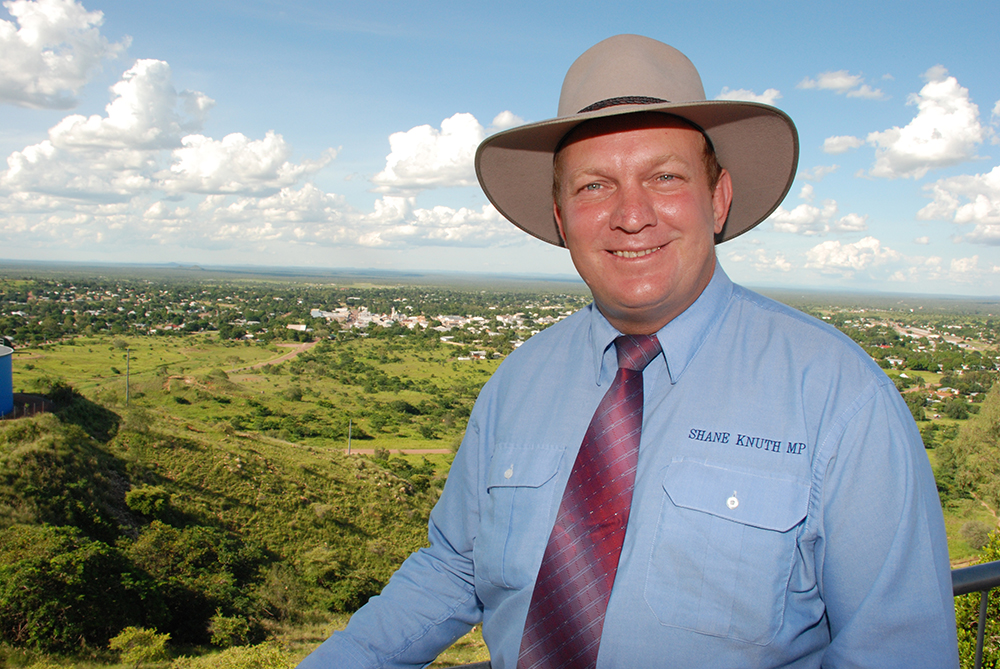