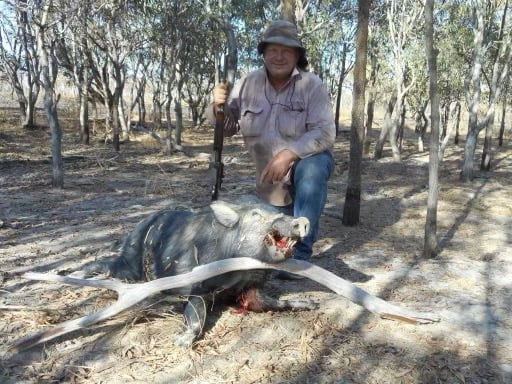 FERAL PIGS A THREAT TO THE ENVIRONMENT? NO KIDDING!

FERAL PIGS A THREAT TO THE ENVIRONMENT? NO KIDDING!

State Member for Hill Shane Knuth isn’t surprised at news released by the ABC today, that new research from the University of Queensland, reveals the environmental threat from feral pigs is far greater than previously thought.

The research showed that by uprooting carbon trapped in soil, it is estimated feral pigs are causing emissions to the equivalent of more than 1.1 million cars globally each year, with the bulk coming from Australia and New Zealand, who have massive feral pig populations. Lead author Dr Christopher O’Bryan believed this was a conservative estimate and could be three to four times higher.

“The research results verify what the KAP has been saying for years,” Mr Knuth said.

“We have been very vocal on the threat feral pigs not only pose to the environment but also to the GBR, native wildlife, in particular turtle and cassowary populations and the agriculture industry.

“Feral pigs have absolutely ZERO positive impacts on the environment. It is difficult to understand why so little is being spent by both state and federal government to eradicate this invasive pest.”

Mr Knuth said estimates show that over 24 million feral pigs inhabit Australia, however this is likely to be substantially more as feral pigs produce two litters of up to four to ten piglets per year.

“We have more feral pigs in this country than humans and they are causing uncontrolled environmental damage,” he said.

Mr Knuth said the KAP had supported aerial pig shooting programs, petitions to open up state forests in Queensland for hunters and lobbied for millions more in funding to combat disease such as TR4 (Panama disease) and bounty programs as an incentive for recreational hunters.

“Right now, recreational hunters are our last line of defence. They hunt feral pigs on their own time and money, while the state Government ignores every funding proposal and advice we have delivered,” he said.

Mr Knuth said the KAP was strongly opposed to further restrictions on recreational feral pig hunting that may be proposed as part of the Animal Care and Protection Act 2001review, being conducted by the Queensland Department of Agriculture and Fisheries.

“We have been very vocal on this, met with and written a detailed submission to the department, warning them of the consequences to ANY changes or restrictions being proposed on recreational feral pig hunting,” Mr Knuth said.

“This research should be a wakeup call to the department and both state and federal governments.

“If they don’t listen, they will be responsible for turning a blind eye to one of the biggest environmental threats in our country’s history.”