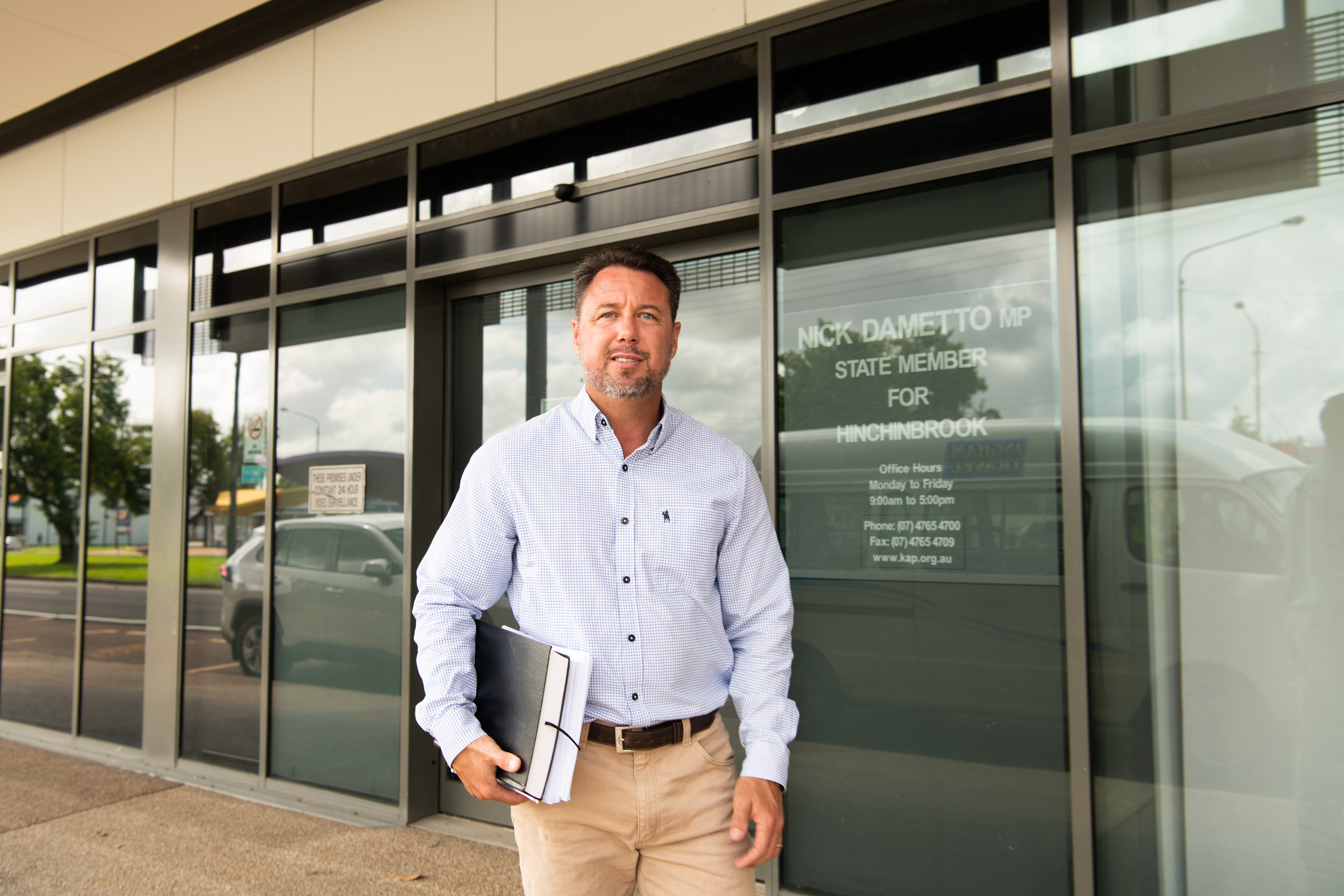 Katter’s Australian Party Deputy Leader and Hinchinbrook MP, Nick Dametto has taken aim at both the Federal and State Governments for failing to deliver on an essential flood immunity project south of Tully.

The surrounding areas between Dallachy Road and Dean Road, on the Bruce Highway at Tully, are inundated with flood water every wet season. Back in 2018, Transport and Main Roads (TMR) commenced stakeholder engagement with those directly affected. A project jointly funded by the Queensland and Australian Governments was expected to commence in late 2020.

Mr. Dametto said that after a drawn-out planning process, the project was initially meant to commence in late 2020 but as of yet, work still hadn’t commenced.

“When the 2020 start date arrived, it was revealed that the design for the project still hadn’t been finalised and the delay at that time was attributed to hold ups with Queensland Rail.

“Most recently, I have heard that delays are being caused due to issues with awarding a successful tender for the project linked to budget reasons, as well as potential issues with funding from the Australian Government.”

Mr. Dametto said those living and working in the area had every right to be frustrated with the significant delays and continuous excuses provided by the State Government.

“Whether the delays are due to another Queensland Government department or the Australian Government, TMR need to stop finger pointing and commit to a start date on the project.

“It is clear that the State Government got the expected timeframes on the project seriously wrong which has only fuelled the frustration among locals,” Mr Dametto said.

Blenners Transport Director, Les Blennerhassett said businesses and land-owners are fed up and frustrated that they are still waiting on the project to be delivered.

“This project has been dragged out for the last four years and now we face another year of the highway flooding our depot, as well as all the other nearby businesses along this stretch.

“All we want is a committed start date for the project, not just another weak promise date that gets moved once again,” said Mr Blennerhassett.

The impacts of the flooding are far reaching, with the transport and distribution of bananas being severely impacted when the Blenners Depot is inaccessible.

Kennedy MP, Bob Katter, expressed his disappointment and frustration with the delays of the project and called upon the Federal Transport Minister, Catherine King, to expedite the funding approval process.

Both the Kennedy and Hinchinbrook MP’s are eager to receive a response from the Australian Government to clarify the funding arrangement and confirm a guaranteed commencement date for the project without further delay.