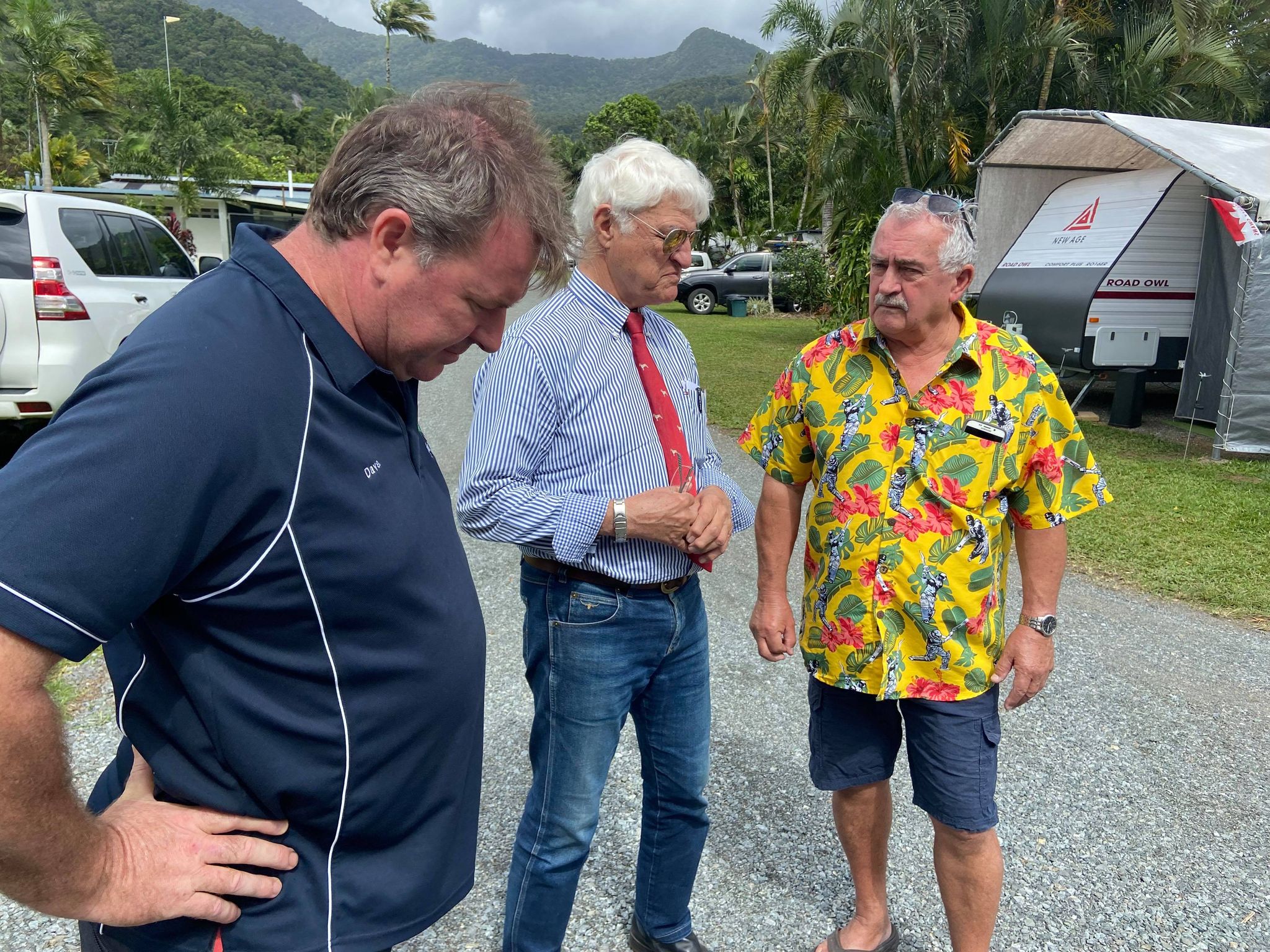 FISHERY FALLS residents and business owners are banding together to call on mobile network operators, Telstra and Optus, to upgrade mobile phone infrastructure for their tourist town on the Bruce Highway, south of Cairns.

Locals say the poor reception deters new residents and businesses from establishing in the town and becomes a safety risk in emergencies such as highway crashes or wild weather events.

David Butteriss owns and operates the Fishery Falls Holiday Park and said the lack of mobile coverage meant his business had received bad reviews online and he had spent tens of thousands of dollars to try and fix the connectivity problems.

“You can’t run a business in this day and age without phones and good digital connectivity,” he said.

“We are only 32km from the centre of Cairns, with the main NBN line running through town and yet Telstra won’t upgrade the mobile phone infrastructure.”

Residents have been working with the office of Kennedy MP, Bob Katter, for several years to try and lobby the telcos to improve the reception issues by building a new base station.

Telstra has not built any new infrastructure in Fishery Falls and has instead recommended that residents install repeaters with external antennas, at a cost of more than $1,000, to improve indoor phone coverage.

Kennedy MP, Bob Katter, is calling on the telcos and the Federal Government to work together to improve the situation by building a new mobile base station at Fishery Falls as well as another 10 new mobile towers between Townsville and Cairns.

“I would estimate we’ve been getting about 50 percent of the federal funding for blackspots and connectivity in Northern Australia allocated in the electorate of Kennedy,” he said.

“But whilst there are problems in the vast outback areas with mobile coverage, the major problems are actually on the coast. This area gets 100-inch rainfall which adds a different complexity to the situation as well.

“A lot of people want to get out of Cairns and establish a business, because they want to have acreage around them. This is Australia after all. But these people deserve to have the bare minimum services like good phone coverage, internet, and electricity.

“We thank Telstra and the Government for the improvements they’ve provided around North Queensland, but more work is needed.”

18 new Telstra towers co-funded by the Federal Government have been announced so far this year in the Kennedy electorate.