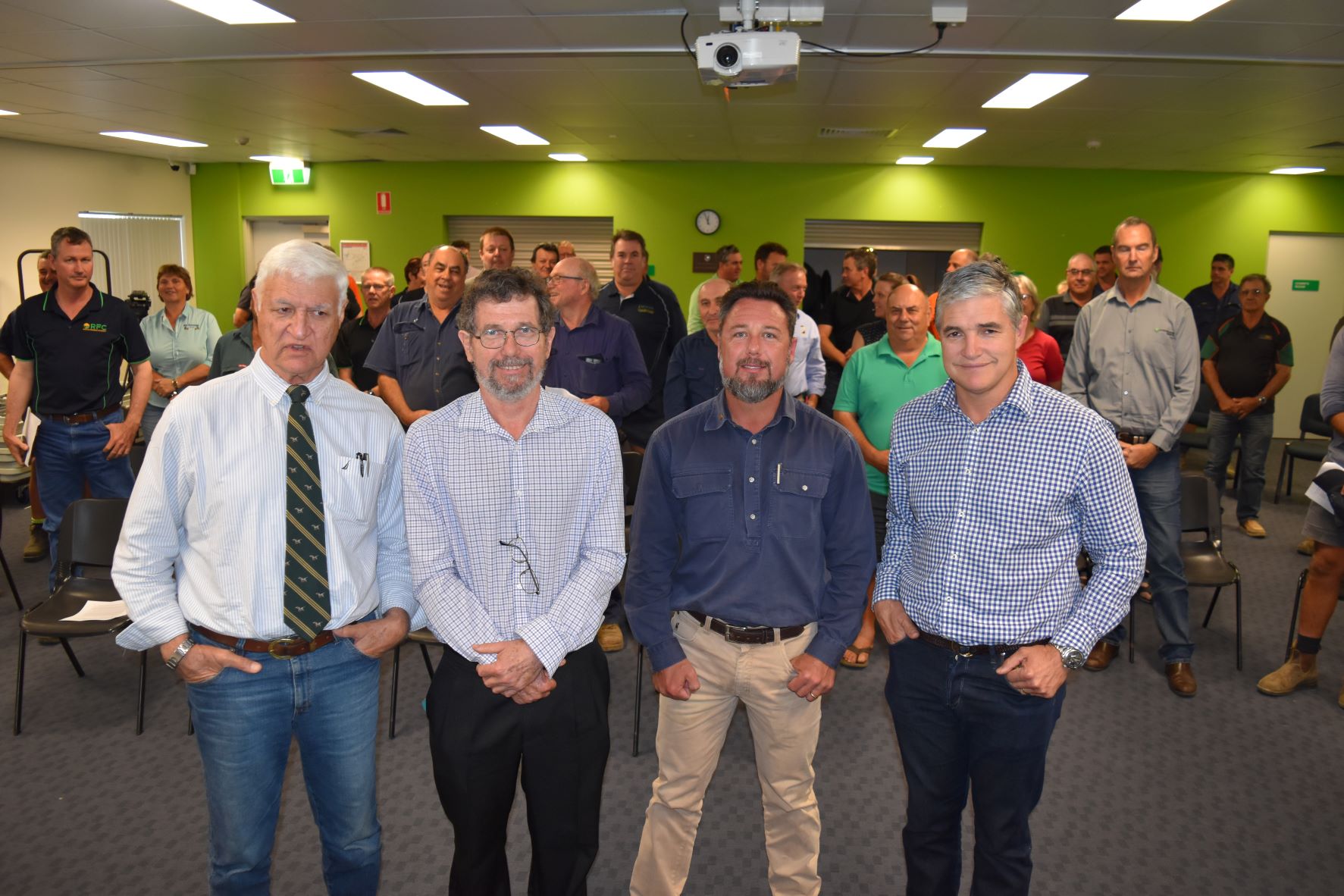 GROWERS FIGHT BACK ON INDUSTRY-DESTROYING LAWS

GROWERS FIGHT BACK ON INDUSTRY-DESTROYING LAWS

Dozens of cane growers and Burdekin region community members have had their angst heard this morning at an industry-led public forum on the KAP’s Environmental and Other Legislation (Reversal of Great Barrier Reef Protection Measures) Amendment Bill 2021.

A 50-strong crowd of attendees from the Kalamia, Burdekin and Pioneer Canegrower groups as well as AgForce Cane heard from speakers including independent GBR scientist Dr Peter Ridd as well as North Queensland MPs.

Mr Dametto told the forum the draft legislation was designed to completely reverse Labor’s regulations that have since 2019 hamstrung the agricultural industry.

He also explained the Bill contained additional provisions, such as reducing the heavy fines for growers if found in breach of environment regulations and repealing the government’s ability to force growers to provide an environmental impact statement if they want to crop an existing part of their farm they have cropped in the past.

“My motivations for the legislation have been out of grave concern for the sugar industry,” Mr Dametto said.

“They have been lambs to the slaughter for inner-city conservationists looking to blame someone for the perceived negative health of the Reef.

“Most concerningly are allegations that the science, which underpins Labor’s Reef laws, has not undergone rigorous quality assurance or been replicated.”

The Hinchinbrook MP said he believed much of the Government’s focus on the GBR was politically driven.

“We are fighting an ideology here,” he said.

“I believe if we don’t fight back against the current reef regulations this will just be the start of more to come.

“I truly believe that there are some people who just don’t want to see agriculture continue on the east coast of Australia, and water quality targets in the Reef 2050 plan indicate that there is no room for agriculture in the future.”

Dr Peter Ridd, who has worked on the GBR since the 1980s and is an expert in its ocean currents and the impacts of sediment, told the packed room of sugar representatives that they were “definitely not destroying the Reef”.

He said that even with the most sensitive of scientific monitoring equipment, it was almost impossible to measure the impact of river-run-off (let alone that which comes from farms).

Dr Ridd echoed his call for the introduction of an Office of Science Quality Assurance, which would check the science that underpins current and future reef legislation.