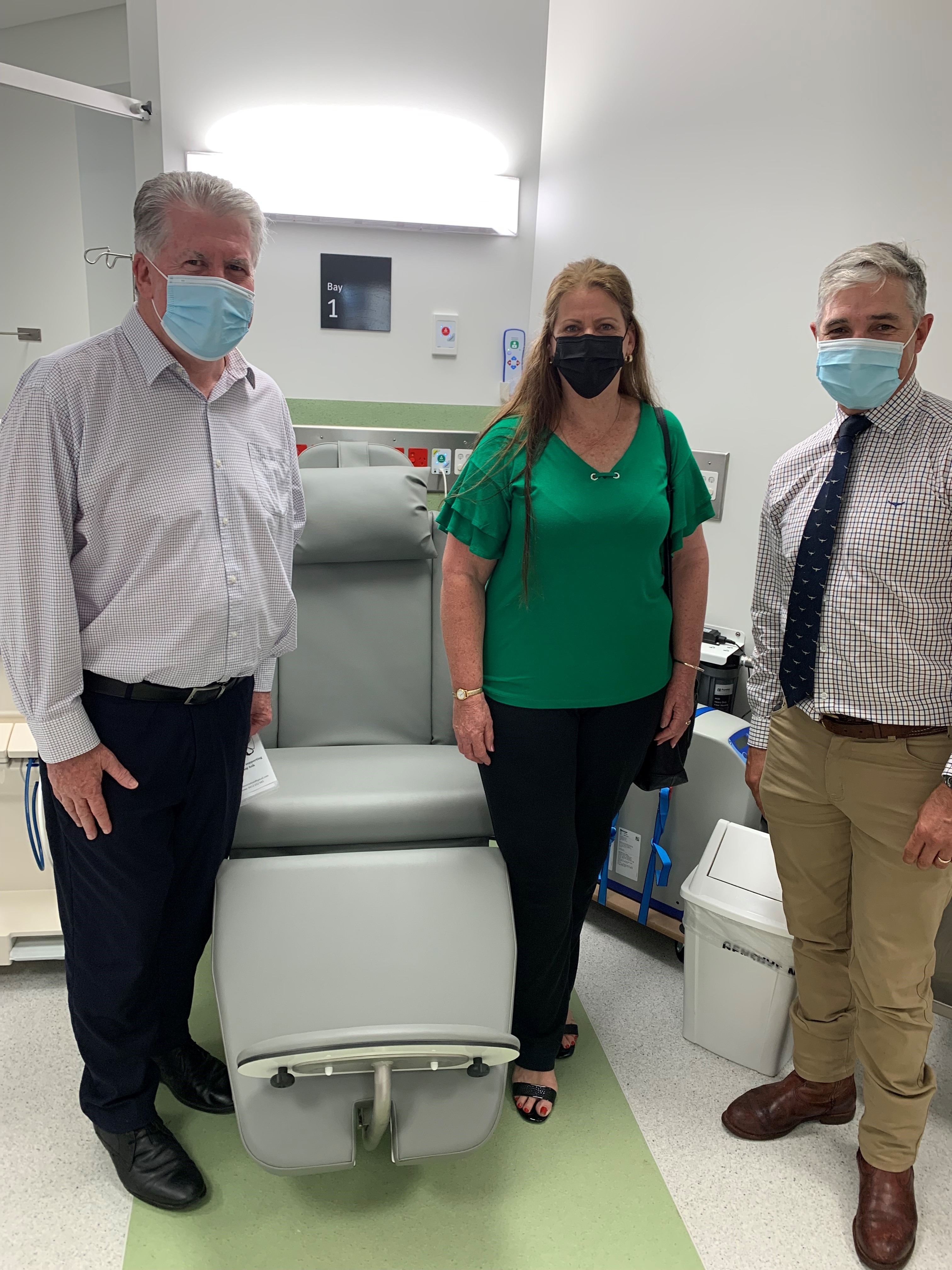 More than a decade of tireless lobbying has resulted in today’s opening of the long-awaited four-chair Charters Towers Satellite Dialysis Clinic, a milestone Katter’s Australian Party Leader and Traeger MP Robbie Katter said had tragically come too late for some.

Mr Katter, who was handed the baton on the issue by former Dalrymple MP Shane Knuth in 2018, said securing the clinic had been one of his highest priorities in recent years.

“Today is a good day, but it’s only come about after a very long, difficult journey,” he said.

“In 2018, frustrated by the lip service we were getting from the State Government, myself and a number of other Charters Towers locals put together the Charters Towers Dialysis Support and Lobby Group which really formalised our efforts to secure the clinic.

“We had about 10 people on the dialysis list in Charters Towers at the time, so that was 10 people and their families forced onto the road three times a week, even at their sickest.

“We arranged a number of meetings, pulling upward of 40 people at times, to figure out a strategy for getting this clinic built.”

Mr Katter said the clinic would not be where it is today without lobby group leader Tracey Murphy, who spearheaded fundraising efforts which purchased the four chairs at the new clinic.

“All current and future Charters Towers dialysis patients owe a great deal to – she never gave up,” he said.

“Today is the result of her and the community’s work; their voices were heard.”

A strong acknowledgement was given to Townsville Hospital and Health Service Board Chair Tony Mooney, who was instrumental in getting the approval processes off the ground.

Mr Katter admitted there was negativity, especially at the start of the lobbying efforts, from people who were worried the new clinic would jeopardise the chances of Charters Towers getting a new hospital.

“Modern and necessary medical equipment however should not have to wait – what’s the point of a fancy new building without the services we need inside it?” he said.

Tracey Murphy, who has been driving her husband Steve to Townsville for dialysis three times a week for three-and-a-half years, said the clinic’s opening was an emotional moment for many.

“This clinic has been a long time in the making,” she said.

“It was three years ago that we called our first group meeting.

She explained she and Steve left Charters Towers by 5:30am, Steve was in the dialysis chair in Townsville for up to six hours, then the couple returned home around 3pm, when Tracey started work and Steve went to bed.

“The long days driving to and from Townsville are just exhausting, not to mention the anxiety that all the driving on the highway causes,” Tracey said.

“The impact it has had financially, socially and mentally on our family has been extreme.”

She said having this clinic in Charters Towers would be life-changing for all the families undergoing treatment as well as future patients who would need access to dialysis.

Mr Katter said the clinic is ready to go.

“We now await the date in the near future when patients can attend their appointments in the great new facility,” he said.