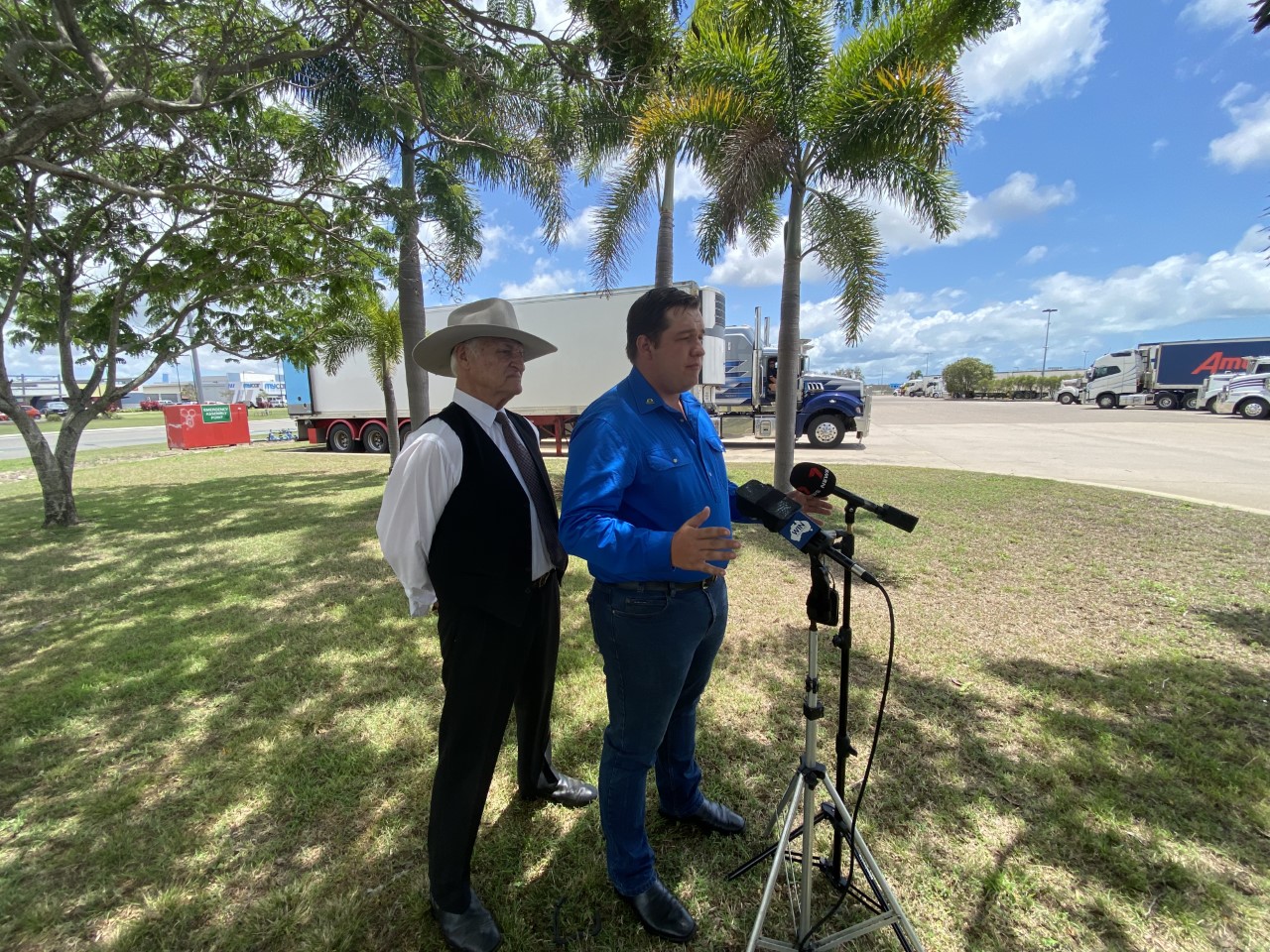 The Federal Government’s approval of further increases to the Road User Charge, a cost set by the Commonwealth for each litre of diesel used by heavy vehicles on public roads, could spell disaster for truck companies, fruit and vegetable growers and the consumer.

Kennedy MP Bob Katter said if you believed that this cost wouldn’t  be passed on to the consumer – you believe in the tooth fairy”.

“Transport companies in my electorate are already warning growers that they are going to have no choice but to pass the cost onto farmers,” Mr Katter said.

“Farmers already burdened by labour shortages, and a recent doubling of freight, fertiliser and packaging costs – will be left with two choices: go bust or get a higher price for their fruit and vegetables.

“Immediate action from the Federal Government to overturn this ridiculous decision is required to support Australian farmers, not crucify them.

“I don’t know of any truckies that are flying in private jets or going off on overseas holidays so the expectation they are to absorb these costs and survive is laughable.

Mr Katter said, 3,000-4,000 farmers were leaving the industry every year and turning to cattle because the costs were killing them in crop farming.

“If I lose places like Innisfail to cattle, the town which is currently 24,000, will die.

Townsville transport operator, Clynton Hawks, said the industry lacked transparency and that increases to the Road User Charge would decrease the Fuel Tax Credit, a cost alleviation for truckies.

“We’ve already been hit with inflated prices of diesel, insurance and AdBlue and now we are being told we have to absorb a 9c per litre increase – it’s just wrong,” Mr Hawks said.

“The Federal Labor Government was elected as the “government of transparency”, introducing a Federal ICAC, but they can’t even disclose where these funds will be spent.  It’s a closed-door process conducted by the Transport Commission, and we get no information as to where they get these increase numbers from or why.

“Any decrease to the Fuel Tax Credit means everyone loses out and what they are talking about here is an 9c per litre tax increase to the already existing to the road user charge.

“If the Government thinks the truckies are in a financial position to absorb these costs increases – and we are told more are coming – well it’ll just be a matter of time before thousands of truckies assemble on the lawns of Parliament House.

“Trucks will park up if they can’t pass on these costs. And they shouldn’t be expected to absorb them either.

“The Road User Charge is supposed to be used for road works across the country, but we have no idea whether this money is being spent in areas it’s supposed to be.”

President of FNQ Growers in Mareeba, Joe Moro, said another increase in costs to farmers could spell the end for growers already struggling in the north.

“Prices are rising across the board right now; transport is just one of them and this isn’t going to help.

“A lot of the farmers are either not making money at all, or barely making a profit. They can’t cop another cost increase.

“The growers are beholden to the supermarket giants that set the prices for their product. They don’t have the ground to negotiate as the industry is driven by a supply and demand scenario.

“The Treasurer is saying an there has been an 8 percent increase in food prices, but that doesn’t necessarily get passed on, and if it does get passed on, we have no reason to think it’s enough to help the industry.”

Mr Katter’s office spoke with the Minister for Transport’s office on Friday afternoon requesting they consider including transport bodies in the National Transport Commission’s state and territory PAYGO reporting process and a consideration to move to an indexation model for setting the Road User Charge. An official request in writing will be made to the Minister this week.