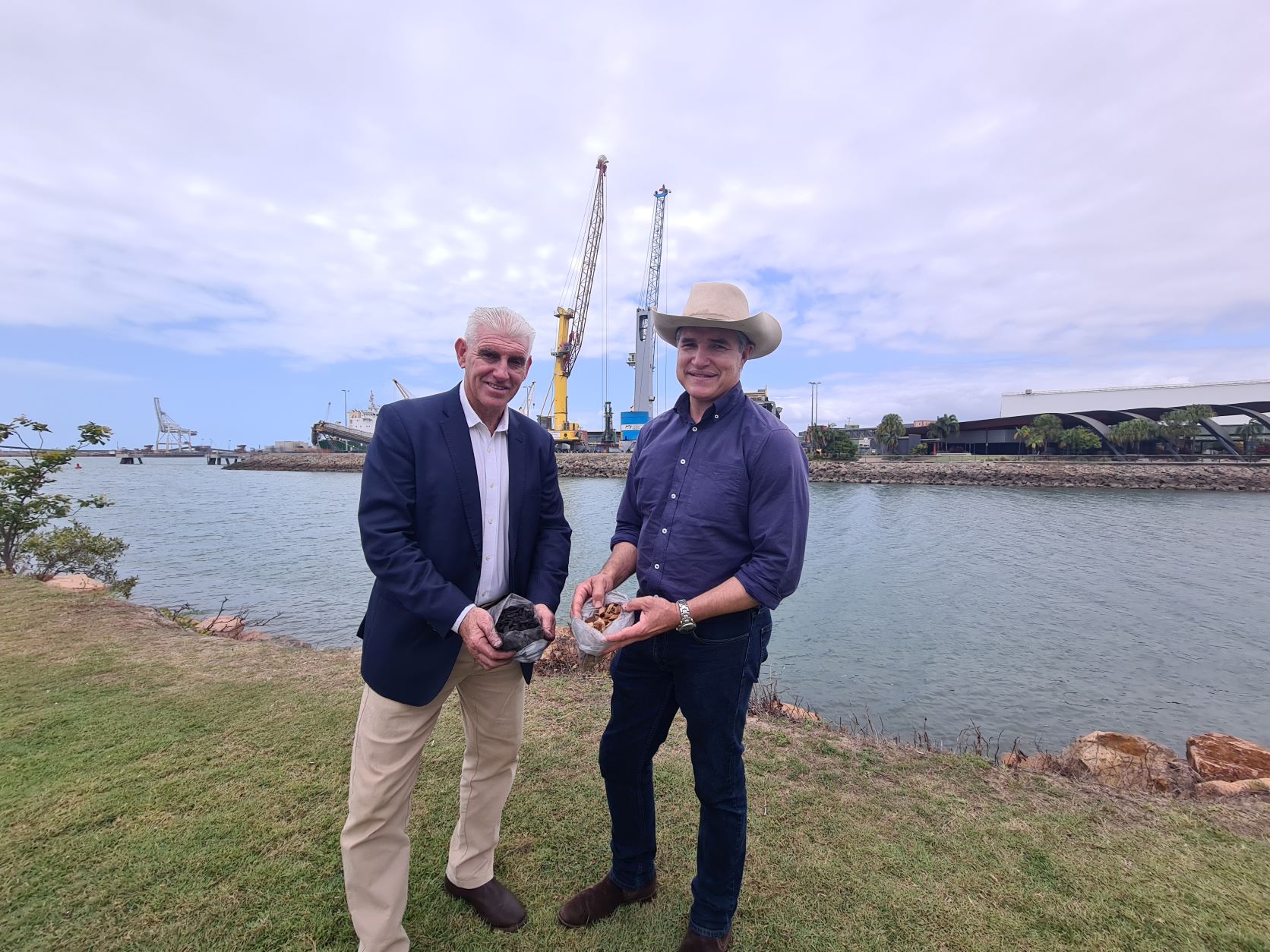 A game-changing technology that could rid Queensland of Prickly Acacia while producing a carbon-neutral biomass suitable for export to world markets has been launched in Townsville today.

The torrefaction-based technology, created by Queensland’s Carbon Renewable Energy, is designed to harvest the State’s abundance of Prickly Acacia weed and turn it into a torrefied product that boast an impressive 24GJ of energy per tonne.

The torrefied product is ideal for use in cogeneration power plants as a carbon-neutral alternative to coal, and could be exported to countries such as Japan, the United Kingdom and throughout Europe.

“As an alternative to coal, the worldwide demand for carbon-neutral product is currently 15 million tonnes per year,” he said.

“This is expected to grow to 50 million tonnes within a decade, signalling a huge rise in market demand within which we believe Australia, and specifically Queensland, can be front and centre.”

Katter’s Australian Party Leader and Traeger MP Robbie Katter, who supported Mr Carswell at the launch today, said he was impressed by the innovative approach.

He said Prickly Acacia was one of the biggest threats impacting the biosecurity and economic viability of Queensland’s grazing sector.
“Prickly Acacia is a ‘cancer’ on the Queensland landscape,” Mr Katter said.

“It has been allowed to fester in the State for far too long, with inadequate funding provided to land management groups to control its spread and private landholders left ill-equipped to make a real dent in the problem.

“The State Government has presided over this growing biosecurity crisis for decades, instead focusing their environmental energy towards more trendy issues like the Great Barrier Reef.”

Mr Carswell said the vast majority of Queenslanders had no idea of the damage caused by Prickly Acacia.

“People need to understand the destruction caused by Prickly Acacia,” he said.

“This is not your garden variety weed – these trees can grow to 8m high, sucking all of the water and nutrients out of the ground.

“To date, governments and land-owners have only been able to slow down its spread which sadly isn’t working – eradication has been a pipe dream.

“The regions that have battled with Prickly Acacia for decades, such as Hughenden, Richmond and Julia Creek and surrounds, would benefit hugely from being rid of the weed and would also see significant economic and employment flow-on effects associated with the project’s roll-out.

“We are now seeking government and private sector investment to develop and build a mobile torrefaction plant and to conduct a pilot program as a ‘proof of concept’ for commercialization, in real-world conditions in North-West Queensland, to make this all a reality.”

The damage caused to Queensland’s prime grazing country by Prickly Acacia has exploded in the last two decades, with 23 million hectares now infested.

Failure to control the scourge could cost $5.5 billion in lost production and management costs over the next 30 years.[1]

There are also concerns it could wipe out large areas of grazing land in the long-term, meaning Australians could one day be forced to import beef.

Queensland’s Carbon Renewable Energy has been researching methods to harvest and use the weed for a decade, and are hopeful of running a pilot program in the next 12 months.