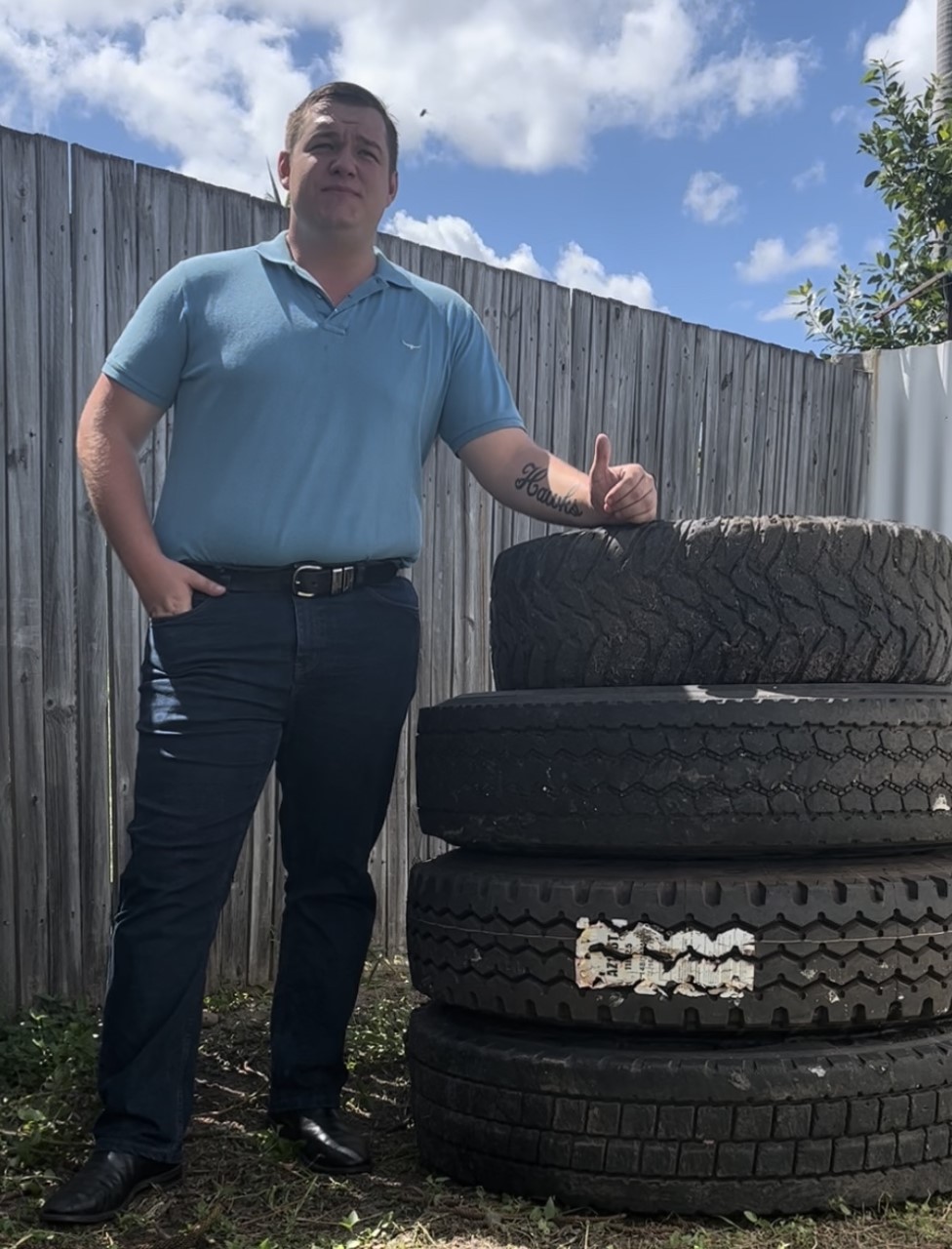 However, he says the key to removing used tyres from the waste stream remains a commitment by the federal government to set targets for the use of recycled material in government procurement processes.

Tyres are recycled into a diverse range of products and put to a range of uses in Australia, with the end product found in playground equipment matting, garden mulch, playing fields, road surfaces and fuel.

But Mr Hawks said the feasibility and sustainability of tyre recycling comes down to finding markets for the re-purposed materials.

A mountain of tyres is coming into the waste recycle stream following the banning of waste tyre exports, with some recyclers worried about how they will find end-users for the surplus of re-purposed material.

Mr Hawks said the upside of the export ban is the enormous investment opportunity for entrants into the tyre recycling space.

Mr Hawks said a solution to making tyre recycling sustainable is for the federal government to introduce standards requiring local, state and federal governments to include targets for the use of re-cycled material, like re-purposed tyre rubber, in their procurement processes.

“When a local, state or federal government puts out a tender for road construction or even a playground, there needs to be a mandate that a particular percentage of the material used in the project is from re-purposed materials.”

More than 48 million tyres reach their end of life each year, with just 16% of those making their way into the recycling stream.  Mr Hawks said Townsville’s place as a regional centre and service location for mining and defence activity in north Queensland means it is ideally located to house a recycling facility.

“Typically, tyres enter the recycling stream at the point of sale, when you go in and swap over your old tyres for new ones,” Mr Hawks said.

“Queensland has more tyre retailers per capita than any other state, which means we are a major originating state for tyres coming into the stream.

“With Townsville as the industrial centre of north Queensland we could position ourselves as a recycling hub for tyres and tyre products, provided the appropriate federal support was in place.

“I’m sick of seeing blokes tossing blown tyres off into the scrub at parking bays and convenient remote locations.

“At the end of the day we need to take tyres out of the waste system and stop people from dumping in them in the bush, but the key to that is having a workable national tyre stewardship program and that’s where the federal government needs to play their role.”

Mr Hawks said the Australian waste tyre problem has been hidden by the fact that we’ve been able to export any waste we can’t bury, re-use or hide in the desert.

“Governments have been not using their enormous purchasing power to drive change.”

Charters Towers businessman and tyre recycling entrepreneur Alan Rowe says feedstock would not be an issue in north Queensland, with legal tyre dumps existing along the western corridor in places like Richmond, Hughenden, Julia Creek.  He says Cloncurry alone consumes about 20,000 tyres a year.

“There’s no value in trying to cart whole tyres because a third of your load is air.

“If you can establish a good operation here where you are making granulated rubber or mesh material then I think there would be an opening for people make flaps or O-rings and other items that use rubber would come and set up a bit closer than Brisbane.”