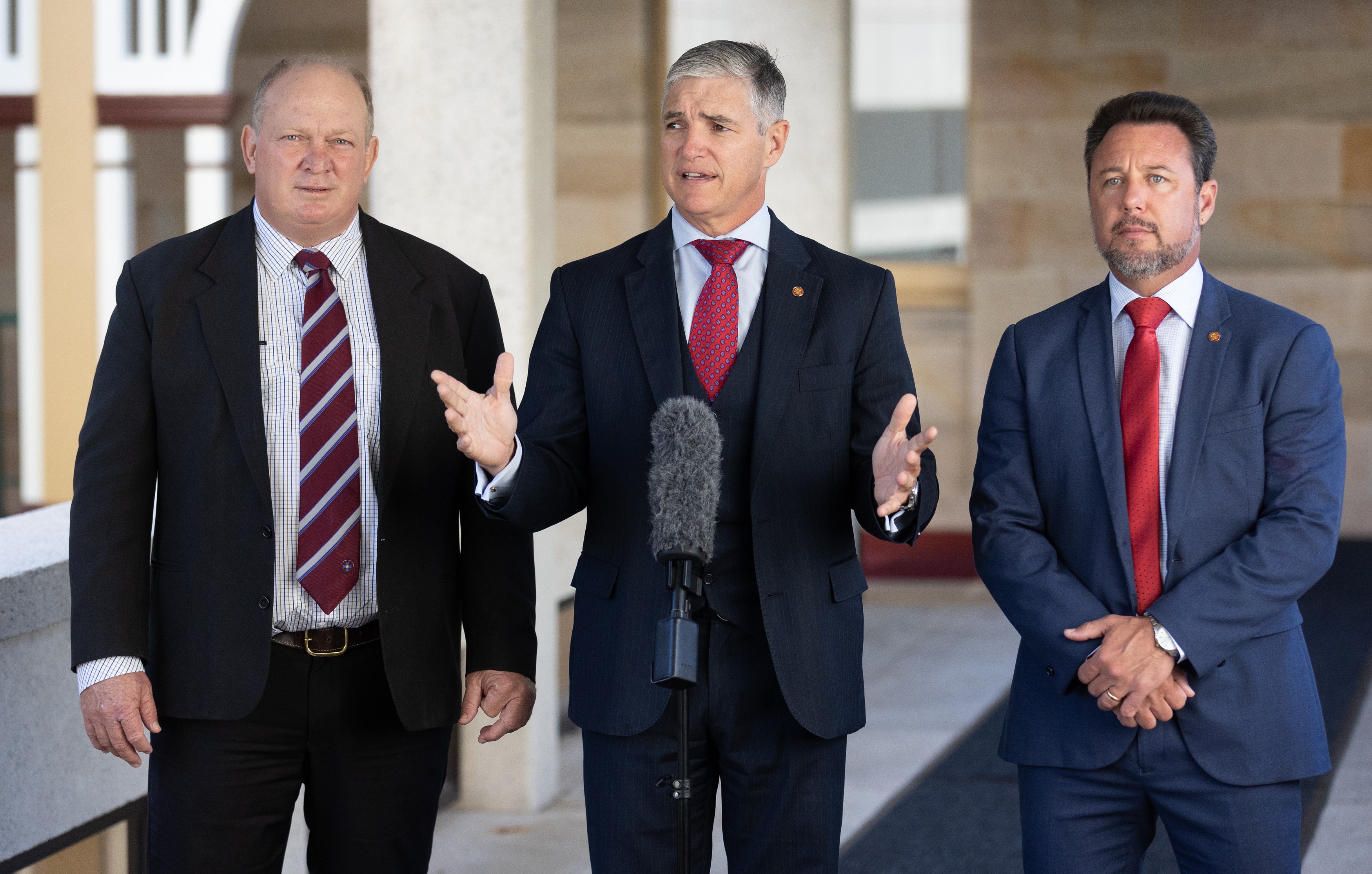 The Katter’s Australian Party (KAP) has today called for a search and rescue mission to be commenced to locate North Queensland’s Labor MPs who are “missing” … on crime.

KAP Leader and Traeger MP Robbie Katter said he was concerned for the welfare of the North’s Labor MPs after they failed to show up and speak to the Greens’ Criminal Law (Age of Responsibility) Amendment Bill 2021 in the Queensland Parliament last night.

The Bill, which was voted down, aimed to raise the age of criminal responsibility in Queensland from 10 to 14 years old, effectively extinguishing the ability of police and courts to deal with all youth offenders age under 14.

None of Labor’s Townsville, Cairns (including Cook) or Mackay MPs spoke on the bill despite their regions being in the grips of a seven-year long crime crisis that is rendering some communities “unlivable”, according to the KAP.

“I have grave concerns for the welfare of the Members for Townsville, Thuringowa and Mundingburra in particular because there could be no justifiable reason for these elected Members to forfeit an opportunity to speak on a topic so prevalent in their own electorates,” Mr Katter said.

“The Far North, North and North West are under siege by youth offenders stealing and setting cars alight and running rampant on our streets, so it’s beyond me why these MPs decided that the issue was not worth speaking on.”

The Traeger MP said the voting down of the Private Member’s Bill – with the opposition to the proposed changes spearheaded by the KAP – was a win for common sense and public safety.

“The bill proposed to take away what little powers our police officers and courts still have in charging and holding offending youths in a watch-house or detention and keeping evidence collected from someone under the age of 14,” Mr Katter said.

“Given the violent and escalating crime crisis, now is not the time to loosen up – or in the case removing – laws that would apply to youth offenders.”

KAP Deputy Leader and Hinchinbrook MP Nick Dametto said, in absence of the three Labor MPs, he was often contacted by constituents as the “surrogate Member” for Townsville, Thuringowa and Mundingburra.

“Every day I receive calls from the Townsville public seeking someone to represent their views on crime in the Queensland Parliament,” Mr Dametto said.

“Raising the age of criminal responsibility would have been disastrous, and a real slap in the face for every single victim of the youth crime in North Queensland.

Mr Dametto said if the Bill had been successful any convictions or offences that are currently recorded for offenders under the age of 14 would have been immediately wiped.

“While North Queenslanders know most of these kids are currently getting off scot-free, what was really concerning is if this bill passed children under the age of 14 years convicted of heinous crimes, such as sexual offenders, would have their records wiped clean.

“These kinds of offences are more common than most people think – in 2021 there were 552 sexual offences recorded in children aged 10-17 years old, which on average is 10 a week.”

KAP Hill MP Shane Knuth said he found it alarming members had to debate a Bill that basically gave youths a free pass until age 14.

“The State Government and now the Greens have conveniently forgotten about the victims of youth crime and the destruction this creates in their lives,” Mr Knuth said.

“The reality of the situation and the statistics show a dramatic increase in theft, break and enters and violent crimes among youths.

“Anyone who believes youth who commit these crimes are innocent are living in an illusion.

“They know right from wrong, and they know exactly what their rights are under the law.

“Now the Greens have attempted to further weaken existing laws that are not working.”

Queensland Children’s Court data released by the KAP on Monday revealed besieged cities – many in North Queensland – have experienced an approximate two-fold increase in theft-related and violent crimes at the hands of criminals aged 17 and under since the Palaszczuk Labor Government came into power.