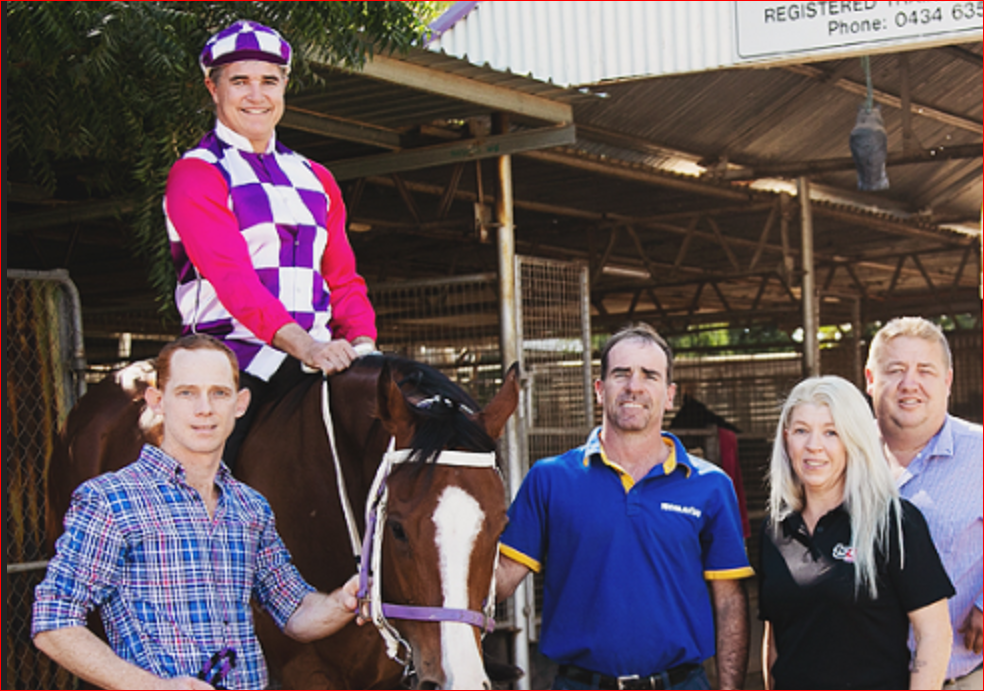 KAP in the media this week

KAP in the media this week

Read about Katter’s Australian Party’s media mentions and moments from this week, including from radio, newspaper and more.

KAP IN THE MEDIA THIS WEEK

Political change in the air for Griffith – Area News
CHANGE is coming as a new political party makes its way to Griffith to offer an alternative to the LNP. The Katter Australia Party aims to “look to the future”.

Bid to ditch alcohol laws – Townsville Bulletin
ROBBIE Katter has called on the government to reconsider its Alcohol Management Plan due to the increasing dangers of home-brewed “sly grog”. The Traeger MP said children as young as eight years old make and drink toxic homebrew in the Mornington Island community in far North Queensland.

Nothing in Budget MP – Herbert River Express
HINCHINBROOK MP Nick Dametto is disappointed that this year’s State Budget failed to commit any serious money to projects in Ingham and Cardwell. “I’m disappointed by the lack of a serious spend in Ingham, Cardwell and areas around Lower Tully,” the Katter’s Australian Party MP said.

KAP Calls for drop in payroll tax rate – Innisfail Advocate
CASSOWARY COAST businesses could get a boost under a proposal made by Katter’s Australian Party state leader Robbie Katter in response to this week’s State Budget. Mr Katter wants to kickstart the “bush” economy and create regional jobs by reducing the payroll tax for regional Queensland businesses.

Clamping down on crocodile numbers – Daily Mercury
MP wants public hearing “MASSIVE” numbers of crocodiles are being seen from Ingham to Rockhampton, with a Katter’s Australian Party MP calling for public hearings in Mackay over the issue. Member for Hill Shane Knuth spoke about the issue during a public briefing this week into the party’s proposed Safer Waterways Bill.

Another Sugar Crushing Season is upon us – Innisfail Advocate Letter to editor
LETTERS TO THE EDITOR The opposition Treasurer Chris Bowen has called for a paper from the KAP on ethanol and I am giving each of the key members in the ALP and Liberal parties an outlined brief on the significance of ethanol.

6PR, Perth, Drive at 15:13
Interview with Katter’s Australia Party leader Robbie Katter. Peterson says the war on gender has certainly been launched in the state. He mentions that Robber Katter is drafting the ‘He Said She Said’ Bill in Qld. He says Katter now wants to protect the majority’s rights. He notes that being discriminated for using gender-specific language is just absolutely ridiculous. Katter says people are overreacting when it comes to using gendered pronouns such as ‘he’ or ‘she’. He says it comes after it was revealed that university students were being marked down for using gendered pronouns. He notes they should not be penalised for using gender-appropriate language because it doesn’t offend everyone. Peterson also mentions the same issue with Qantas, saying the company urged passengers to be careful when referring to people as Mr and Mrs. Katter says this issue has to stop. Peterson says they need to make sure that the majority of the community who have no problem in calling somebody a man or a woman are not discriminated.

4KQ, Brisbane, 13:00 News at 13:04
The Katter’s Australian Party is launching a bill which will push for protections for those who use gender-based language. It comes after revelations some of Queensland’s top universities are punishing students for using similar gender-specific terms. Robbie Katter, Katter’s Australian Party, says radical ideologists need to be stopped.

ABC Wide Bay, Bundaberg, 12:00 News at 12:03
The Katter’s Australian Party wants to legislate to protect the use of gender-specific terms like girls, boy, ladies and gentlemen. State Leader Bob Katter says the push towards genderless language is an attack on the nation’s freedom and values. He states he’ll introduce the He Said She Said Bill to the Queensland Parliament in September.

ABC Western Queensland, Longreach, 12:00 News at 12:03
The Katter’s Australian Party wants to legislate to protect the use of gender-specific terms like girls, boy, ladies and gentlemen. State Leader Bob Katter says the push towards genderless language is an attack on the Australia’s freedom and values. He states he’ll introduce the He Said She Said Bill to the Queensland Parliament in September.

ABC Tropical North, Mackay, 12:00 News at 12:02
The Katter’s Australian Party wants to legislate to protect the use of gender-specific terms like girls, boy, ladies and gentlemen. State Leader Bob Katter says the push towards genderless language is an attack on the nation’s freedom and values. He states he’ll introduce the He Said She Said Bill to the Queensland Parliament in September.

4KQ, Brisbane, 11:00 News at 11:00
The Katter’s Australian Party will be launching a bill to push to protect those who use gender-based language. It follows revelations some of Queensland’s top universities are punishing students for using similar gender-specific terms. Robbie Katter, Katter’s Australian Party, says radical ideologies need to be stopped.

4KQ, Brisbane, 09:00 News at 09:01
New bill will soon go before Parliament which will push for protections for those who want to use gender-based language. The Katter Party says the laws are needed to prevent radical ideologies from attacking the values and freedoms of everyday Queenslanders.

4BC, Brisbane, 09:00 News at 09:00
Rob Katter says he will be introducing legislation to State Parliament to stop Queenslanders from having to use politically correct gender-neutral language. Katter will introduce the He Saud She Said Bill in September. Katter says it is about ensuring Queenslanders have freedom against radical ideologists.

ABC Far North, Cairns, Breakfast at 08:31
Interview with Katter Australia Party State leader Robbie Katter. Shorey says Katter, Shane Knuth and Nick Dametto yesterday announced they are going to introduce the ‘He Said, She Said’ bill into Parliament as early as September. He says the idea is to provide protection to those who are facing punishment from either their workplace or school for using gender-specific terms. Katter says any person has seen the shift in the impositions in the society’s cultural life. He thinks the legislation really fits the same-sex marriage plebiscite and the ideology of the LGBTI people. He says Liberal and Labor voted for the gender-neutral language to be recognised in the Birth, Death and Marriages Act. Katter says there is a reverse tolerance on the issue. He says they would like to address the trend now as it is already present in universities, the Commonwealth Games and the driver’s licenses so it won’t become some sort of a radical issue. Katter says the legislation is a pre-emptive one. He says his mandate extends beyond issues brought up by his constituents. Katter says he is sure a vast majority of his constituents will support his move.

ABC Radio Adelaide, Adelaide, 07:45 News at 07:55
The Queensland Parliament will consider legislation to protect the use of gender-specific terms such as girls, boys, ladies, and gentlemen. Robbie Katter from Katter’s Australian Party says the push towards a genderless language is an attack on Australian freedoms and values but people who used gender-specific language labelled bigots and insensitive.

MIX 92.7, Sunshine Coast, 07:00 News at 07:00
Katter’s Australian Party will introduce a He Said, She Said Bill to State Parliament later in the year.

hit104.9 Albury, Albury, 06:30 News at 06:32
The Katter’s Australian Party will introduce a bill to the Qld Parliament to protect those who want to use a gender-based language.

ABC North Queensland, Townsville, 06:30 News at 06:34
Federal Member for Kennedy and Crossbench MP Bob Katter has announced he will re-introduce a bill to Parliament in August to stop the sale of fake Aboriginal art. Katter has discussed the matter with a delegation of indigenous Australians in Canberra yesterday. He says the market has a lot of imitations.

ABC Radio Sydney, Sydney, 06:30 News at 06:33
Katter’s Australian Party says North Qld residents need Clive Palmer to focus on jobs not politics. It comes after Palmer announced he’s considering a run at the next federal election under the banner of the United Australia Party. t Isa MP Rob Katter says it’s a surprising move from a man who collapsed a nickel refinery and left hundreds out of job.

ABC Western Queensland, Longreach, 06:30 News at 06:30
Mt Isa State MP Rob Katter has described Clive Palmer’s return to politics as a brave move. Palmer has flagged a possibility of running for North Qld Federal Seat of Herbert under his new party, United Australia. Palmer’s Townsville nickel refinery collapsed more than two years ago. Katter says Palmer should be focusing on securing work for those who lost their jobs.

Ups and downs of the state Budget (Mareeba Express, June 20)
A STATE budget that offered nothing new for the Tablelands was described by Member for Hill Shane Knuth as “lukewarm”. With the largest single expenditure reserved for the south east, Mr Knuth said it was disappointing that more wasn’t allocated to the Far North.

Knuth questions clinic open hours (Mareeba Express, June 20)
DIMBULAH’S new health clinic was the subject of debate in Parliament last week as Member for Hill Shane Knuth questioned Health Minister Steven Miles over its limited staffing hours. Mr Knuth said members of the Dimbulah community were “frustrated” that the “wonderful facility” was not meeting their needs by only being open between the hours of 8am and 3pm and within that time the Director of Nursing had to frequently lock the doors to conduct home visits.

Farmers eager to be heard (Northern Miner, June 22)
LOCAL farmers desperate to have their cases heard by the Royal Commission into Misconduct in the Banking, Superannuation and Financial Services Industry have turned to Traeger MP Robbie Katter for help. The KAP state leader met with the farmers this week after they were turned down to make submissions to the Royal Commission.

Knuth seeks feedback on crocodile plan (Townsville Bulletin, June 22)
NORTH Queenslanders have been urged to attend public hearings on a crocodile management proposal from Katter’s Australia Party. KAP Hill MP Shane Knuth said a series of public hearings would be held across the region, including in Townsville on Tuesday, August 28.

KAP MP’S IN THE MEDIA

My question is to Foreign Affairs Minister

I refer to articles on the front page of the Australian Newspaper last Thursday and again on Saturday, centring on secret                 American-Korean war army files concerning Flying Officer Bruce Gillan and the other 42 missing Australians.

In 1953, “did” the Australian Government receive, from its ally the United States, a secret Communique issued in September            53’, that named 9 Australian personnel, as being alive and imprisoned in Korea

And did our government at the same time continue to aver they have been killed in action?

The submissions are for public viewing and can be viewed on the committees page at http://www.parliament.qld.gov.au/work-of-committees/committees/ITDEC/inquiries/current-inquiries/7SaferWater2018