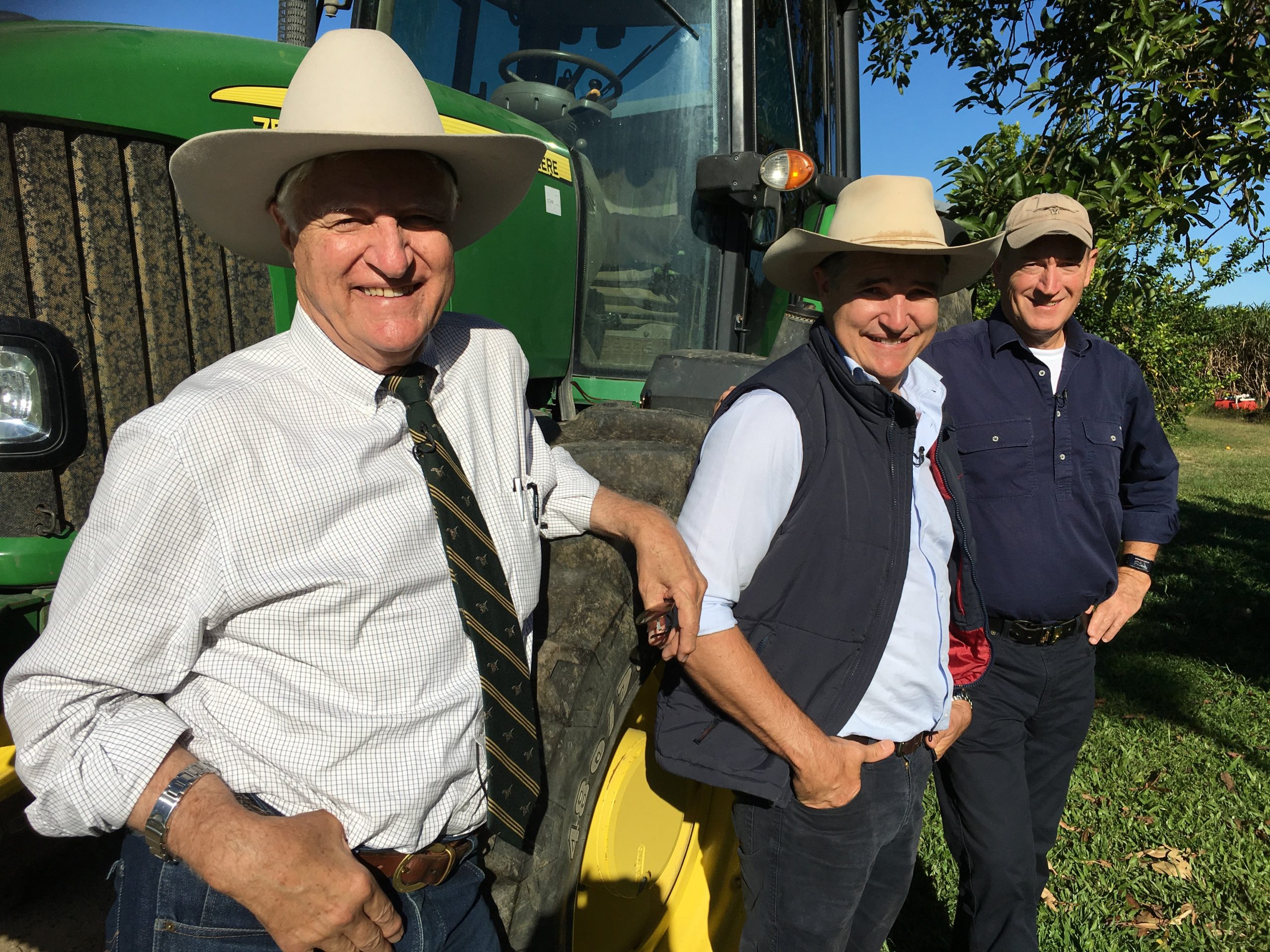 Katter’s Australian Party (KAP) has today welcomed Senator Fraser Anning’s announcement that he will represent regional Queenslanders under the KAP banner in the Federal Senate.

Federal KAP leader Bob Katter and Senator Anning made the announcement during a story that aired on the ABC’s 7:30 program on Monday night.

Bob Katter, KAP Leader and Federal Member for Kennedy said his affiliation with the Senator spans generations.
“It’s fantastic news. We’re tribal, both our families were from Charters Towers before there was a Charters Towers. I have known Fraser a long time.

“Fraser is about development. I walked into his office and he was working on the revised Bradfield Scheme; so we were instantly blood brothers.

“We are both patriotic and know that if the country keeps bringing in 643,000 visa entrants then we will be bankrupt and there will be no jobs for Australians. It will push people onto welfare and we need to be able to support our retirees.”

”KAP represents the traditional Australian values, commitment to infrastructure development and balanced, fiscally responsible government that I have supported since being sworn in.”
“I have known Bob for almost 40 years and we have a lot in common both personally and politically. Bob is the last cabinet minister from Sir Joh’s government still in office and founded KAP to carry on the late, Sir Joh’s legacy. As an old time National, KAP was the obvious home for me.

“Thirty years after the end of the Joh era, Queensland is in terrible shape. For thirty years there has been no real infrastructure investment other than Labor vanity projects in the South East corner.”

“As a Queensland Senator I am keen to fight and campaign for federal funds to allow for balanced development throughout the state and to ensure that crazy left-wing policies are stopped or reversed. KAP share this vision and have continue to work hard for regional Queenslanders.”

“Coming on board with KAP, I will continue the hard work that Bob, Robbie, Shane and Nick already do in making sure that regional and rural Queenslanders get a fair go.”

“When regional Queensland prospers so does the whole state.”

The KAP has a proud history of uncompromising commitment to regional Australia. Party President Shane Paulger says Senator Anning’s decision to join the KAP is a reflection of the Party’s integrity and stability.
“As a Party, we’ve walked the hard road to earn our reputation for putting regional Australia first. Fraser’s decision to join KAP goes beyond an alignment of policy objectives; it reflects the effort of all our members and staff who have built a stable organisation on shared values and principles.

State KAP leader and member for Traeger Robbie Katter, says KAP has been able to strengthen its position in regional Queensland after years of neglect and broken promises by other parties. He welcomes Senator Anning and says it is a huge step forward for the Party.

“The National Party no longer exists after being subsumed by the Libs and there’s no difference between Labor and the Greens. The KAP wants to expand its parliamentary representation to people across all of regional Queensland, and with Fraser coming on board it is a huge step toward that.”

KAP will continue to uphold traditional Australian values and pursue significant reforms that favour all Queenslanders.
KAP will ensure that the regional centres that drive the state receive the critically needed investment in transport, water and energy infrastructure that they have missed out on for so long.
When regional and rural Queensland prospers, so does the whole state.