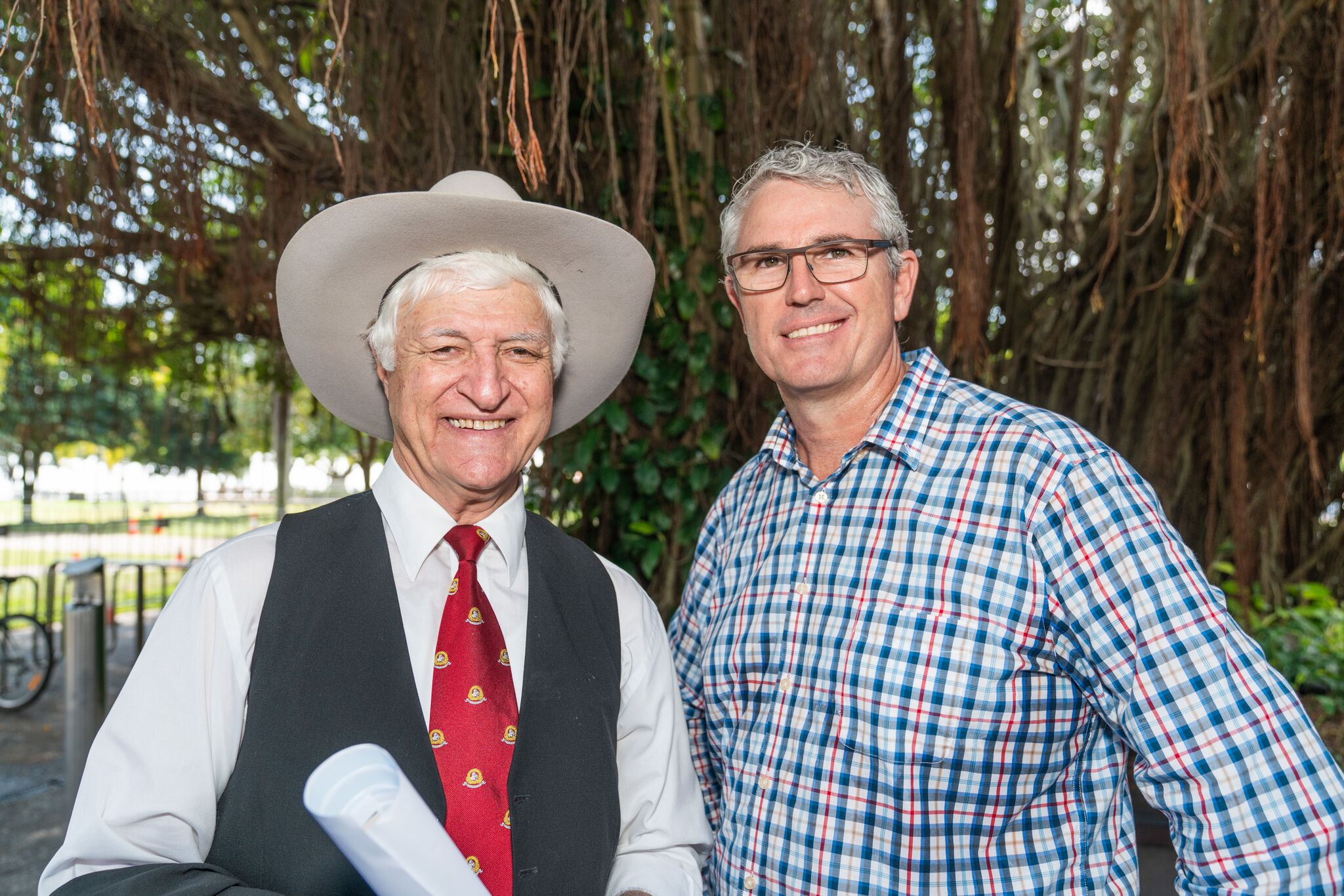 KAP Leader and Federal Member for Kennedy Bob Katter was joined in Cairns this morning by KAP State counterparts Robbie Katter, Member for Traeger and Shane Knuth, Member for Hill to officially launch Daniel McCarthy as the federal Candidate for Leichhardt.

KAP Leader and Federal Member for Kennedy Bob Katter was joined in Cairns this morning by KAP State counterparts Robbie Katter, Member for Traeger and Shane Knuth, Member for Hill to officially launch Daniel McCarthy as the federal Candidate for Leichhardt.
Mr McCarthy is a Cairns-born local who has spent decades in the coral sea as well as on the land working with and alongside industry colleagues as well as tourists from all over the world. He understands the local economy down to the minute detail; from delivering a sustainable marine and fisheries to managing youth crime, boosting tourism and infrastructure development.
Mr McCarthy told media that he was raring to get started, get his hands dirty and fight for North Queensland to receive their fair share which is so clearly missing from the federal radar.
“We have a real opportunity to get voice that will represent the north in Canberra.
“North Queenslanders have well and truly had a gut full of the status quo and we need to have somebody that will stand up for the rights and issues that we face up here instead of having our issues out on the backseat to please the Green minorities in the southern states.
“The major political parties are well versed at bowing to those minority groups and I hope to be able to represent North Queensland at a far better level than what we have had in the last few years.
“Traffic congestion on the northern side of town needs strong leadership and action in order to get an overpass in the Smithfield area to relieve that congestion. We have them on the southern side of town in the Kennedy electorate, but of course we have nothing here in Leichhardt.
“Youth crime is a huge issue in the north, it’s all good and well that the federal members say it is a state issue but that is not good enough. It is a burning issue that is affecting many people in North Queensland and it is only proper we had federal intervention to deal with it – whether it is federal funding or of the like – but relocation sentencing is the answer to that issue.
“Crocodiles are out of control, but both sides of politics are giving these animals’ far greater rights than humans. Human rights and human access to the lifestyle that we live here in NQ should be dealt with a much higher priority than the rights of crocodiles.
“Our ports dredging project was downgraded at the bequest of the Greens in the southern capitals, it’s now been downgraded to a quarter of its original proposal. So once again, both major parties are hell-bent of appeasing the Greens in the southern capital cities.
“With the KAP we will stand up for North Queensland. Every issue will be looked through the lens of what’s best for North Queensland; fresh leadership is needed in town – 20 years of the same representation has done nothing.”
Party Leader Robbie Katter said Mr McCarthy reflected the energetic ‘go-getter’ personality of the KAP and that he would certainly take the battle for Leichhardt by the horns in the Parliament.
Federal Member for Kennedy Bob Katter concurred in demonstrating his enthusiasm for being joined in the nation’s capital by Mr McCarthy, commenting on his high calibre and intricate understanding of the North Queensland region.
“We take great honour for our party today to announce what I consider to be an excellent candidate for Leichhardt. Figures from last election, we have just as much a chance of winning this election as either of the major parties – but we have a much better candidate
Mr McCarthy will campaign throughout North Queensland and urges constituents to reach out, ask questions and get to know him.