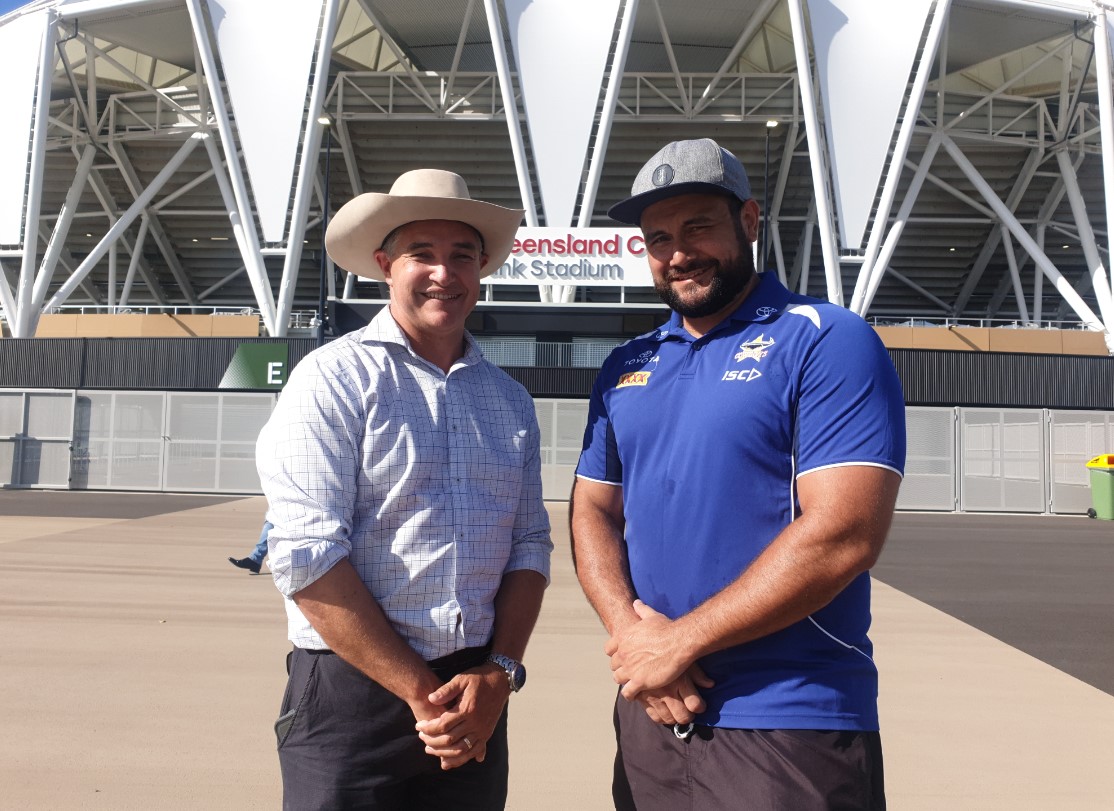 Thousands of Queenslanders have spoken and now is the time to immortalise the North’s home-grown legendary full-back, Katter’s Australian Party Leader and Traeger MP Robbie Katter has said.

Mr Katter, a one-time Young Guns player, last year joined Matty “Mango” Bowen fans across the North in calling for the league legend to be immortalised with a statue at the new North Queensland Stadium.

He would join Jonathan Thurston, and be only the second NRL player to receive the honour in Townsville.

Mr Katter said Bowen epitomised what the North Queensland Cowboys, and rugby league in the region, were all about.

Bowen is an also Origin hero, with his 2005 Game I match-winning intercept try during golden point still considered one of the Maroons best ever plays in the State of Origin arena.[1]

“Matty is a home-grown talent, a country boy from a remote town who realised his potential right here in our region and remained committed to the Cowboys right throughout his career,” Mr Katter  said.

“I was always a big fan of his and it would be a testament to his work on and off the field if we could make this statue a reality.”

Last year Mr Katter sponsored an official parliamentary petition, run by Townsville’s Steven Martin, calling for a statue of the “modern-day icon of the game” to be built at the new stadium.

That petition garnered around 1,000 signatures while a Change.org version of it saw around 4,000 people support the cause.

Mr Katter said while the idea had been floated some 12 months ago, this week’s State of Origin series opener being held in Townsville for the first time was the ideal occasion to revisit the idea.

He called on Queensland Sports Minister Stirling Hinchliffe, as well as Townsville’s MPs, to support the push.

Mr Katter said the statue would serve not only as a tribute to Bowen’s success, but also as an inspiration to league-loving kids from across the region who may dream of establishing their own NRL careers.

“The Cowboys were one of the dominant sides in the 2000s, playing in the 2005 Grand Final against the Tigers,” he said.

“My brother used to say: ‘The thing about Aaron Pane, Matty Bowen and Johnathon Thurston is, you know what they’re going to do but there’s nothing you can do to stop it’.

“I think that’s a very spot-on assessment – their combination was unstoppable and there’s very few times in a football game that you can say that.

“I think JT’s statue is looking a bit lonely out there by itself so it would be wonderful if he could be joined by his mate, Matty Bowen.

“The statues are a great tourist attraction and everyone loves getting their photo beside them.”