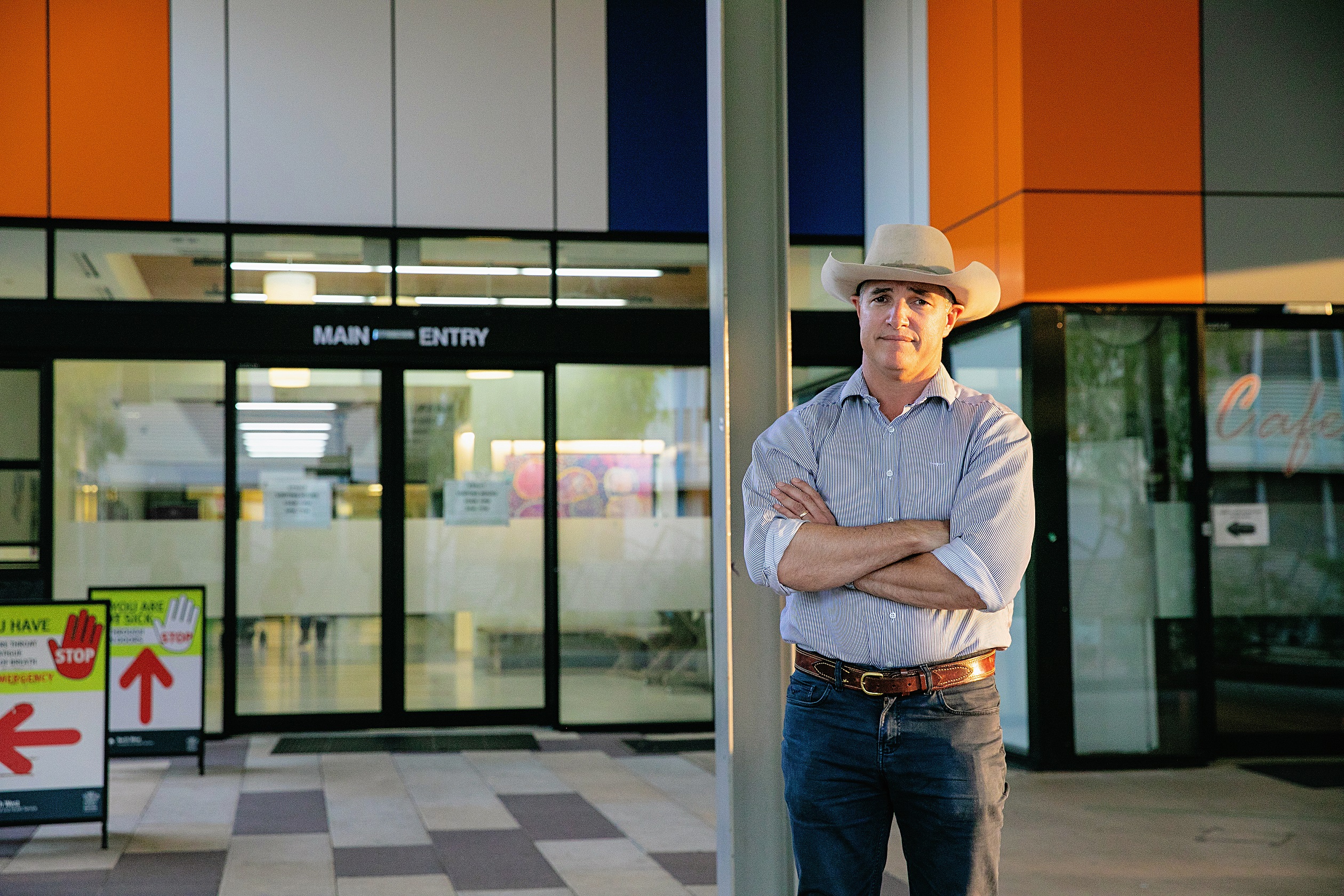 Katter’s Australian Party MPs have this evening supported a motion of no-confidence in the Queensland Health Minister, saying the state’s public health system was in the ‘too hard basket’ and was failing the frail, sick and vulnerable in their time of need.

After speaking to the motion in the House this evening, KAP Leader and Traeger MP Robbie Katter MP said the Queensland Health system had radically declined during the decade he had spent in politics and was now at the point of being ‘unbearable’.

“Rural and regional Queenslanders know better than anyone else how sick this system is,” he said.

“In the bush our waits for ambulances are not counted in hours, but days, our urgent appointment delays are not weeks, but months, and our hospitals and medical clinics are not just stretched, they’re closed.”

Mr Katter dedicated his speech to the late Mervyn “Stumpy” Barratt, a Cloncurry man who sadly died last month after waiting almost eight months to see a cardiologist through the public health system.

“In March, Stumpy took a medical turn at work and was taken to the Cloncurry Hospital where had had tests on his heart.

“The Cloncurry Hospital referred him and he waited more than three months for a telehealth appointment, which he had in July.

“He was told he was very sick and, as he would receive a Category 2 to referral to a public cardiologist, he would be seen by a specialist in Townsville in no more than 90 days

“Five weeks ago on October 10, seven months after he first became ill, Stumpy was driving back to Cloncurry after spending the weekend in Mount Isa with his daughter and her family.

“He came off the road, got himself and his dog out of the car and then collapsed – a doctor and a nurse happened to be travelling along the road and saw what happened, they stopped and gave CPR but couldn’t get him back.

“Stumpy was gone, and his death is currently being investigated.

“An autopsy is pending, however there are preliminary reports from the pathologist that he died from two heart-related conditions.

“It’s possible that at least one of those conditions, perhaps both, could have been treated by prescription medication.

“Stumpy’s family have been left devastated by his passing, and believe he would still be with them today had he received the medical care he needed when he first became unwell in March.”

Mr Katter said the KAP did not take votes of no-confidence lightly, but regrettably believed the current Health Minister’s tenure was no longer sustainable.