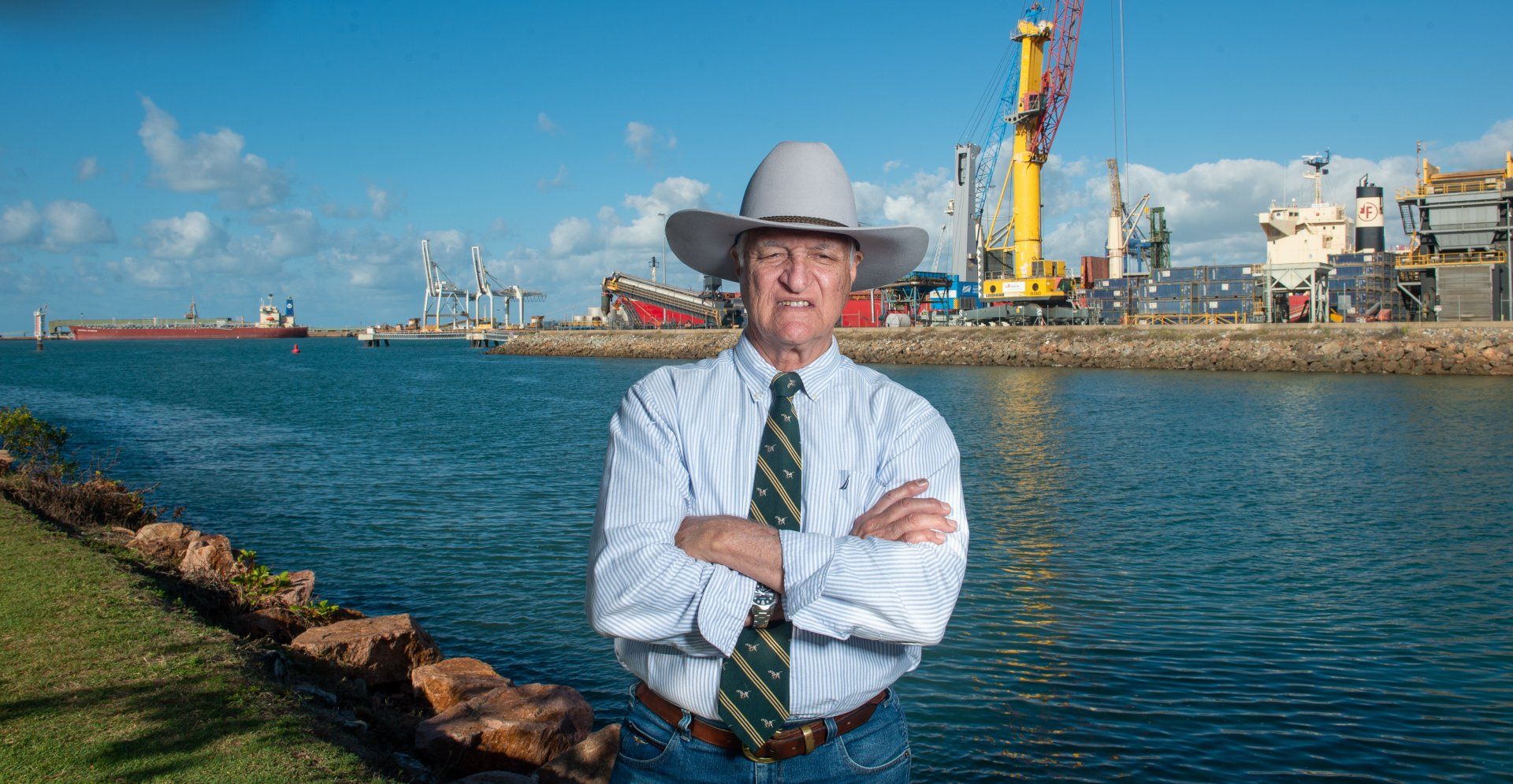 KENNEDY MP, Bob Katter, says Australia’s deal with the United States for eight nuclear powered submarines is worthless while companies connected to the Chinese Government remain in control of the Port of Darwin and our strategic defence data.

Mr Katter and Dawson MP, George Christensen, have used the floor of Parliament multiple times to urge the Government to tear up the 99-year lease that Chinese company Landbridge has for the Darwin Port[1], and a motion by the crossbench earlier this year to remove Global

Switch as a storer of Australia’s defence data was voted down by the major parties[2].

“It is unbelievable to me that both the Prime Minister and the Defence Minister, who are very good people, have been ignored by the public service on the issue of getting rid of Global Switch or on the Darwin Port,” Mr Katter said.

“In 2017, when Scott Morrison was Treasurer, he ordered Global Switch out of the contract to store the strategic data of the Defence Force, and yet earlier this year the Defence Department signed a new contract with Global Switch.[3]

“Similarly, a review by the Defence Department ordered by Minister Dutton into the 99-year Darwin Port lease, is now overdue.[4] The public service needs to be brought to heel, and that is not done nicely. Serious pressure needs to be applied to people in the bureaucracy who are not right for their positions.

“China has cut $30b of our exports and punished us, they’ve destroyed 10 percent of our export earnings, and we reward them by giving them the Port of Darwin and our Defence information?”

“What is the point of having eight submarines, are they going to successfully patrol our northern coastline of about 15,000 km on their own?” he said.

“We need 200 missile carrying frigates or patrol boats. Those platforms need to be there. We need defensive weaponry not aggressive weaponry. We don’t want to threaten our neighbours, but we want to protect ourselves.

“We need sovereign fuel security. Our armed forces must be supplied with an adequate amount of petrol, diesel, and avgas. We must also move to nuclear energy which will provide us with security and could power our armed forces. I am not advocating for nuclear weapons, but
nuclear power must be seriously looked at.”

Speaking from Townsville today, Mr Katter also called on all boys over the age of 14 to be enrolled in the Defence Force Cadet Corps.

“This initiative may turn our boys into men, and men who will walk with their head held upright who have learned discipline, pride, a sense of responsibility, manliness and patriotism.

“72 cars were stolen in one weekend recently, and at this rate, over a 12 year period, every single car will be stolen; all at the hands of youth crime” he said.