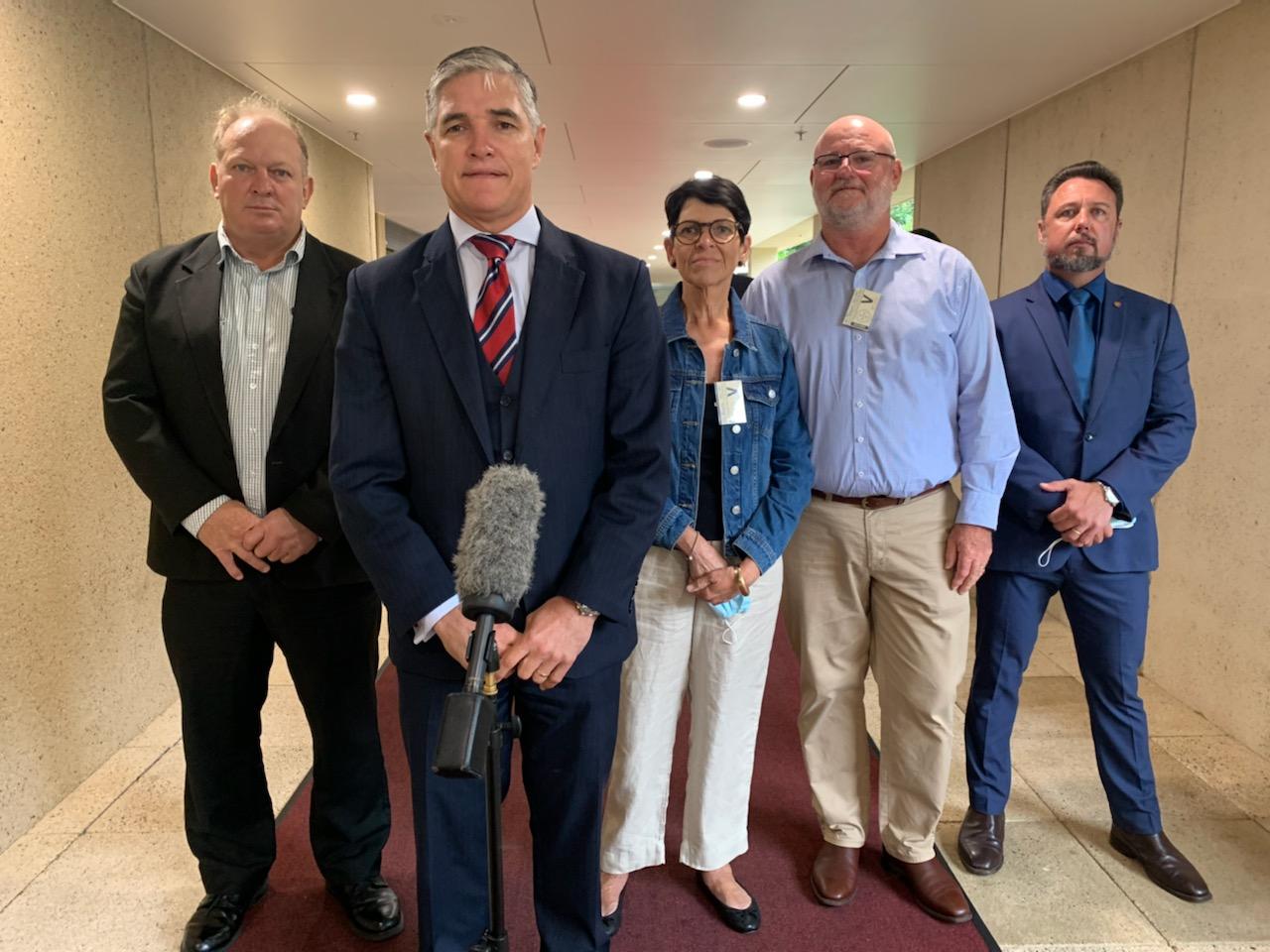 KAP Leader Robbie Katter, speaking from Parliament House said, “Mum-and-Dad Queensland small-business owners have lost everything – there are so many stories of trails of destruction caused by this financial hardship.”

“This ALP Queensland Government has allowed a foreign multinational to come into the market by breaking the law, and subsequently erode worker pay and conditions and ruin the lives of thousands of Queensland families.”

KAP State Member for Hinchinbrook Nick Dametto said, “The Queensland licence owners invested in good faith, with the certainty of State Government industry regulation that had been in place for decades.”

“Our society operates with regulation and licencing every day,” he said.

“What’s to stop the government just ignoring its own legislation and regulation again, like it did with taxis, and undermining our pharmacies, the building industry or pubs and clubs?”

“This is the same as owning a pub and someone opens a pop-up pub on the opposite corner, selling liquor at half the price, with no licence or requirements, destroying your business, while the Government turned a blind eye,” he said.

“This is exactly the same situation with our taxi industry who have followed all the expensive rules and regulations, while the Government has given international ride sharing companies an open book entry into the State and destroyed thousands of lives in the process.”

Peter and Susan Broadbridge joined the KAP State Members today to tell how the loss in licence values had impacted their family.

Peter is a Navy veteran and suffers from Post-Traumatic Stress Disorder and has been classified as Totally and Permanently Incapacitated.
Their daughter has significant, ongoing mental health needs. This has led Peter and Susan to leave their hometown of Cairns to move to Brisbane and provide care for their daughter. Susan is now a fulltime carer for Peter and her daughter.

“We bought our licence as part of our self-funded superannuation plan,” Mr Broadbridge said.

“We have moved to Brisbane to care for our daughter and we still have a $460,000 mortgage.

“It has cost our family, out of pocket, around $40,000 each year to provide care for our daughter,”

“The taxi licence was an investment that we could use to help pay for our retirement and it would also assist in providing care for our daughter.

“Instead, we are in financial hardship trying to care for our daughter and pay the bills. Susan is a fulltime carer and I’m unable to work. I served my country in the defence force and at 57 years old this is not how I saw my retirement.

“We invested in good faith based on decades of State Government regulation. All we are asking for is a fair go.”

The Broadbridges are part of a closed legal action of over 900 Queensland taxi licence owners against the State Government.

The court ordered mediation is scheduled for early November.