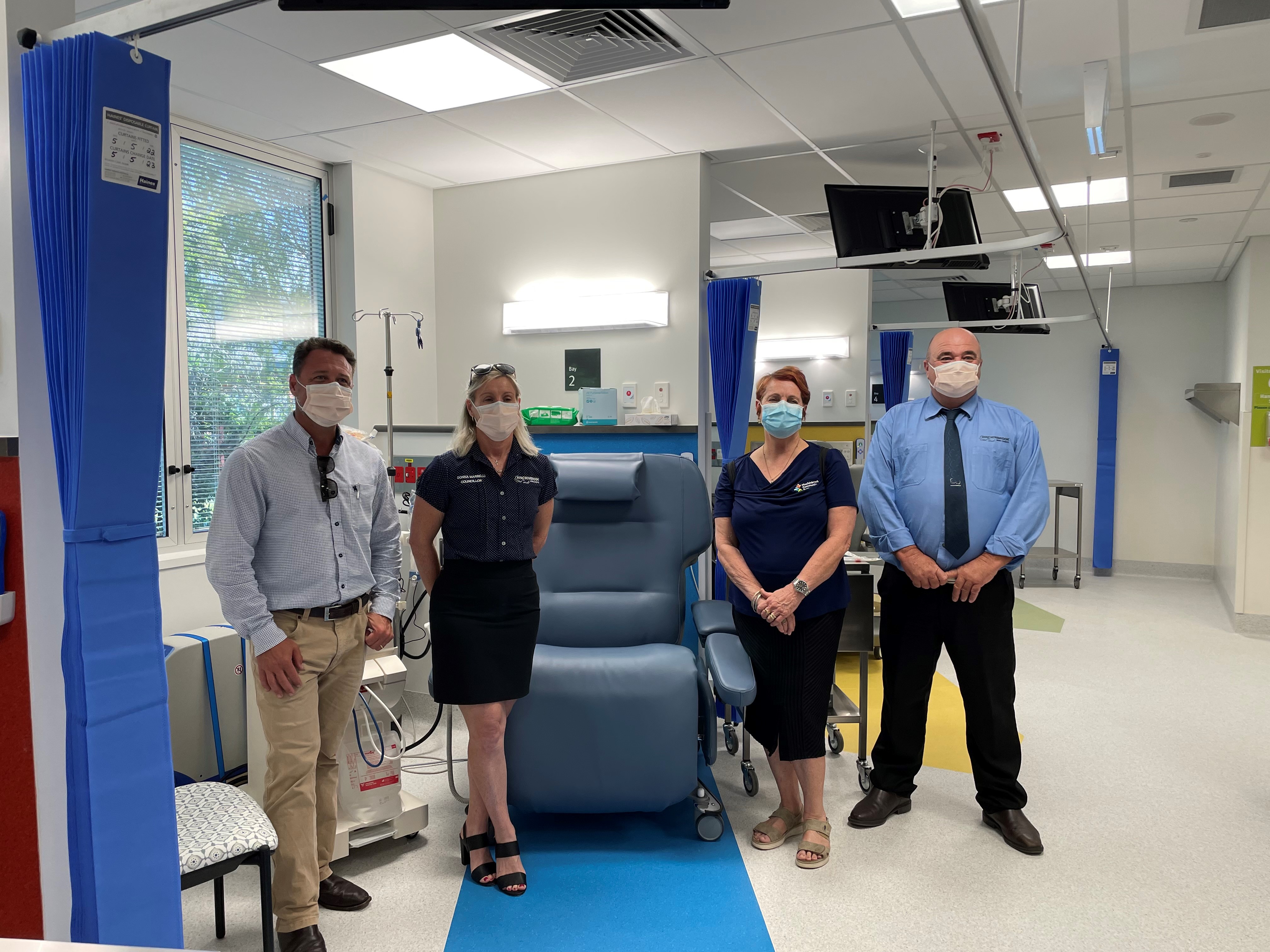 The Katter’s Australian Party (KAP) Deputy Leader and Hinchinbrook MP, Nick Dametto is celebrating a win for the Hinchinbrook electorate after attending the official opening of the Renal Dialysis Unit at Ingham Hospital yesterday.

The renal dialysis infrastructure upgrades at the Ingham and Charters Towers hospitals delivered eight renal chairs funded through a $4 million injection from the Queensland Government’s Rural and Regional Renal Program.

The Hinchinbrook MP said after the relentless lobbying by many stakeholders and the construction phase, the official opening of the Renal Dialysis Unit at Ingham Hospital had finally arrived.

“Many locals which include the Ingham Health Service Community Advisory Network and the families and patients who have required dialysis treatment have worked hard to bring this issue to the forefront, and they deserve to be applauded for their efforts with the delivery of the Renal Dialysis Unit for the Ingham hospital,” Mr Dametto said.

“I would like to give a special mention to the families of Christine Bullen, Trevor Prior, Joan Giorcelli and Elsie Gusmeroli for their hard work and efforts over the past years.

“Their long-term lobbying has been an integral part of us gathering the required data to advocate directly to the Minister at the time, the Hon. Steven Miles, to secure the funding necessary to deliver the new Renal Dialysis Unit.

“Many dialysis patients will no longer need to make an arduous trip to Townsville three times a week to receive this life-changing treatment.

“This is an exciting milestone for the Ingham Hospital, and we thank the State Government and Queensland Health for delivering this important project but the fight is not over.

“The next important infrastructure necessary for a fully functioning Ingham Hospital is a CT Scanner and emergency ward upgrades.

Mr Dametto once again applauded those who helped in securing this important essential health service for the Hinchinbrook electorate and thanked Hutchinson Builders and subcontractors for turning this vision into the bricks and mortar facility that has officially been opened yesterday.

“Projects like these create jobs for our region and it’s great to see some of the total spend being funnelled right into our local economy by the use of local subcontractors to deliver parts of this project.

Kennedy MP, Bob Katter, congratulated the communities of Ingham and Charters Towers and their state MPs, Nick Dametto and Robbie Katter, for securing renal dialysis units for their hospitals.

Mr Katter said it gave him strong belief that they could also secure CT scanners for the hospitals in Ingham and Charters Towers, and he would be seeking funding off the next Federal Government.

“We have aging populations, people who’ve worked hard their whole life, and they deserve adequate health care in their own towns,” Mr Katter said.

“Having to drive multiple times a week to Townsville for healthcare is not an ideal situation.

“The new renal dialysis units in our hospitals shows that having a minor party MP like Nick Dametto or Robbie Katter means you can secure great outcomes out of governments. We also thank the local fighters from the community health networks who fought this battle.”