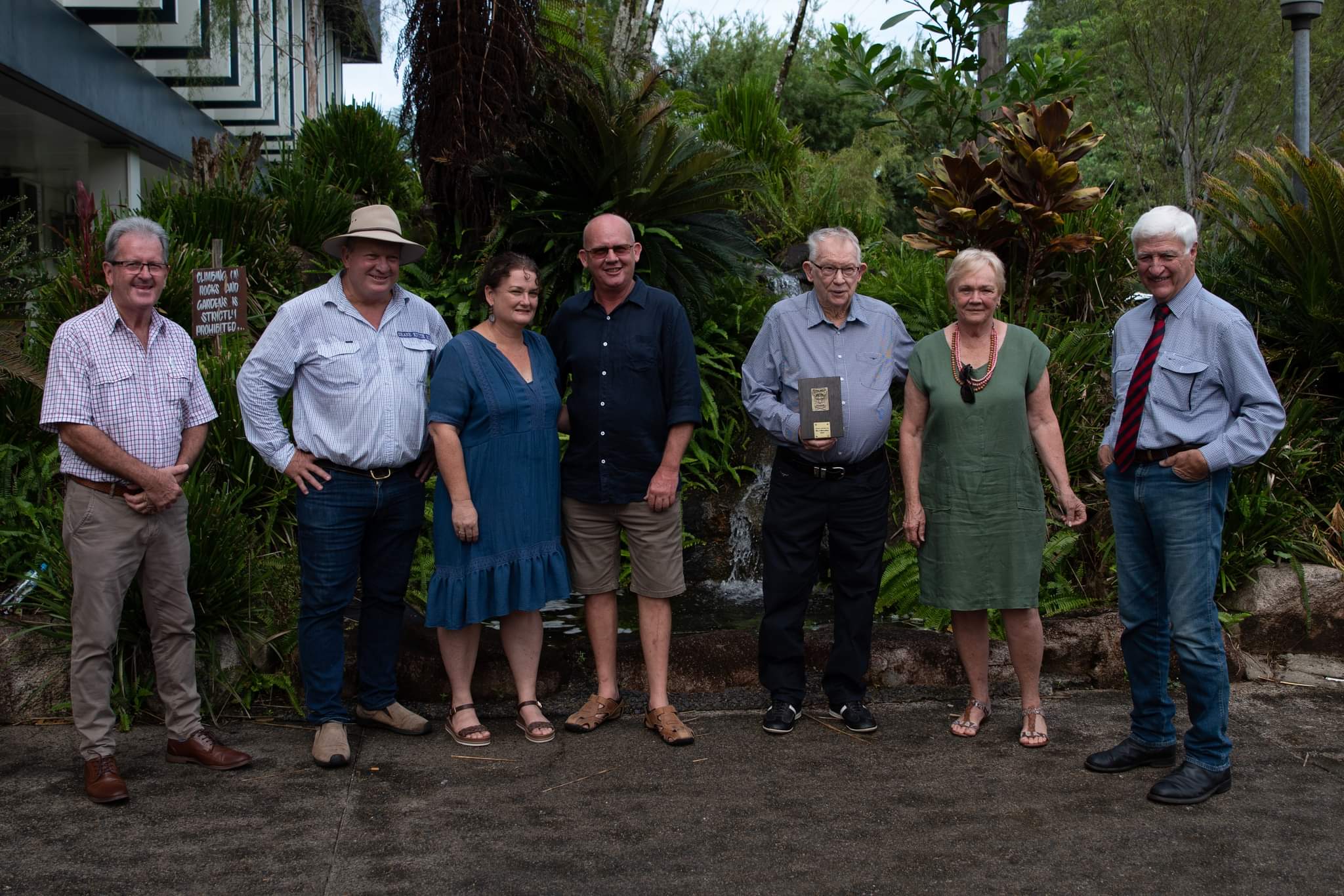 ROBERT MACKAY from the famous banana growing family in Tully, has been awarded a Good Australian Award for his role in stopping banana imports into Australia, which ensured the long-term viability of the industry.

The award was presented to Mr Mackay in front of family members and Cassowary Coast Councillors at a recent ceremony.

Kennedy MP, Bob Katter, said the Good Australian Awards ‘don’t just go to everybody’, and are given to people who have achieved extraordinary achievements.

“We would have been slaughtered by diseases coming in from the Philippines and Central America, and we could not have competed with the slave wages those countries pay.”

Mr Katter said the only reason bananas were not imported into Australia was due to the initiatives taken by Robert Mackay.

“Robert told me that we should bring in someone powerful to fight the imports and he suggested Dick Pratt whose company made all the banana boxes,” Mr Katter said.

“We went down to see Dick Pratt in Melbourne. In my presence he called John Howard’s office and organised an emergency meeting. Pratt and Mackay negotiated and got the Prime Minister to overrule the National Party who had announced that banana imports were coming in. The National Party leader reversed his decision.”

Mr Katter said Good Australian Awards are only given to the people with the highest level of contribution to society, and the Far North Queensland banana industry and connected towns have a lot to thank Robert Mackay for.

His father Stanley Mackay, moved to Tully seeking work as a sugarcane labourer after World War 2. Shortly after arriving in 1945, he leased just over an acre block, hand cleared it and began what has become a family tradition that has lasted for over 68 years. It has since evolved to become the modern North Queensland Banana Industry.