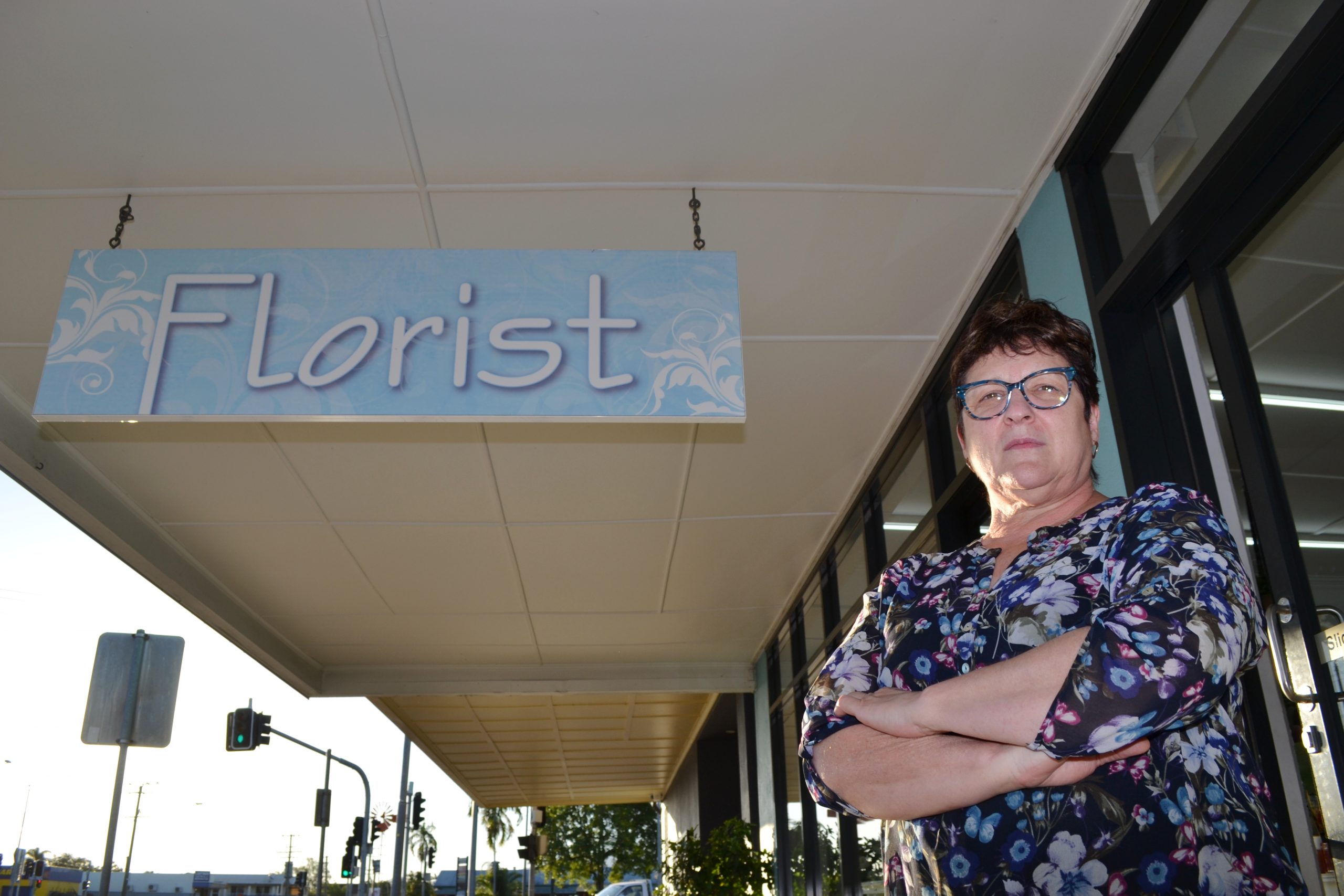 Hinchinbrook Chamber of Commerce, Industry and Tourism president Rachael Coco and Heaven Scent Flowers & Gifts owner Gail Guandalini said all options should be on the table when it came to rehabilitating young offenders, including relocation sentencing.
The KAP policy would banish young offenders from the community to be sent to a remote location to work on the land and learn life skills.

Mrs Coco said it was clear current offender rehabilitation methods “weren’t delivering the outcomes we were hoping for”.
“Given that most communities express safety concerns around the location of correctional centres, and most research indicates a need for structured programs, life skills and upskilling when approaching rehabilitation, I think that remote relocation sentencing deserves serious consideration by all concerned stakeholders,” she said.

“I am surprised each time I hear statistics supposedly confirming that the government’s approach to crime in Townsville is working. It would appear that the Hinchinbrook Shire is experiencing the effects of spill-over crime from both the north and south, which is particularly concerning when we realise that local police don’t have the appropriate resources to deal with some of these extremely volatile events.”

Mrs Coco said businesses within Hinchinbrook Shire were feeling the strain of increasing theft and vandalism as a result of rising crime and in particular, youth crime.
“These situations are stressful and inconvenient, and occasionally warrant insurance claims that result in premium rises for business owners who are effectively victims of crime,” she said.
“Often, businesses also suffer reduced trading during clean-up, repairs, police reports and the insurance process.”
Mrs Guandalini, a born and bred Ingham resident, knows first-hand the impact of crime.

The local grandmother had three of her relatives seriously injured in a crash with a stolen vehicle late last year along the Bruce Highway before having her own car stolen in a brazen theft while staff were making a flower delivery on Valentine’s Day.
“For my relations who were injured in that crash, their lives are never going to be the same. They spent Christmas in hospital and these kids were already out of juvenile detention,” she said.
“Do these kids realise what they’ve done to a family? I don’t think they do. They obviously don’t understand.”
Mrs Guandalini said she was open to any idea that would help curb youth crime, including relocation sentencing.
“Someone has to do something, this can’t keep continuing,” she said.
Under the KAP’s policy, magistrates would be given the ability to effectively banish young offenders from the community in which they committed the crime.

They would be sent to an approved property in a remote location where they would work on the land to learn life skills to become contributing members of society.
Ankle bracelets would be used for added security, but security would be mainly through distance and isolation. An incentive system, based on points and certificate awards, would allow the offenders to feel a sense of achievement. This would include qualifications towards things such as a windmill technician, master butcher and stockman.
Hinchinbrook MP Nick Dametto said it was frustrating that business owners were forced to put up with an endless wave of youth crime while the Labor State Government sat idly by.

“As a former small business owner myself, I know just how much blood, sweat and tears go in to building your dream. I can only imagine the devastation when someone decides to steal or vandalise your property,” the KAP MP said.
“Small business is the lifeblood of our community and we must do everything we can to protect and grow what is a vital cog in the economy.”

Mr Dametto urged all residents concerned about crime to attend the upcoming Relocation Sentencing Forum next Thursday at St Anthony’s Catholic College along Joanne St, Deeragun from 6pm to 8pm.
“We want this forum to focus on providing a solution to youth crime through our policy of relocation sentencing. People already know what the problems are and don’t need to be told them again,” he said.
To be chaired by Mr Dametto, the forum will feature a diverse and experienced line up of panellists comprising of Federal Member for Kennedy Bob Katter, Palm Island Mayor Alf Lacey, Townsville City Councillor Russ Cook and local community advocate Mike Abraham.
Members of the public will be encouraged to give their feedback on relocation sentencing in a question and answer session towards the end of the night.