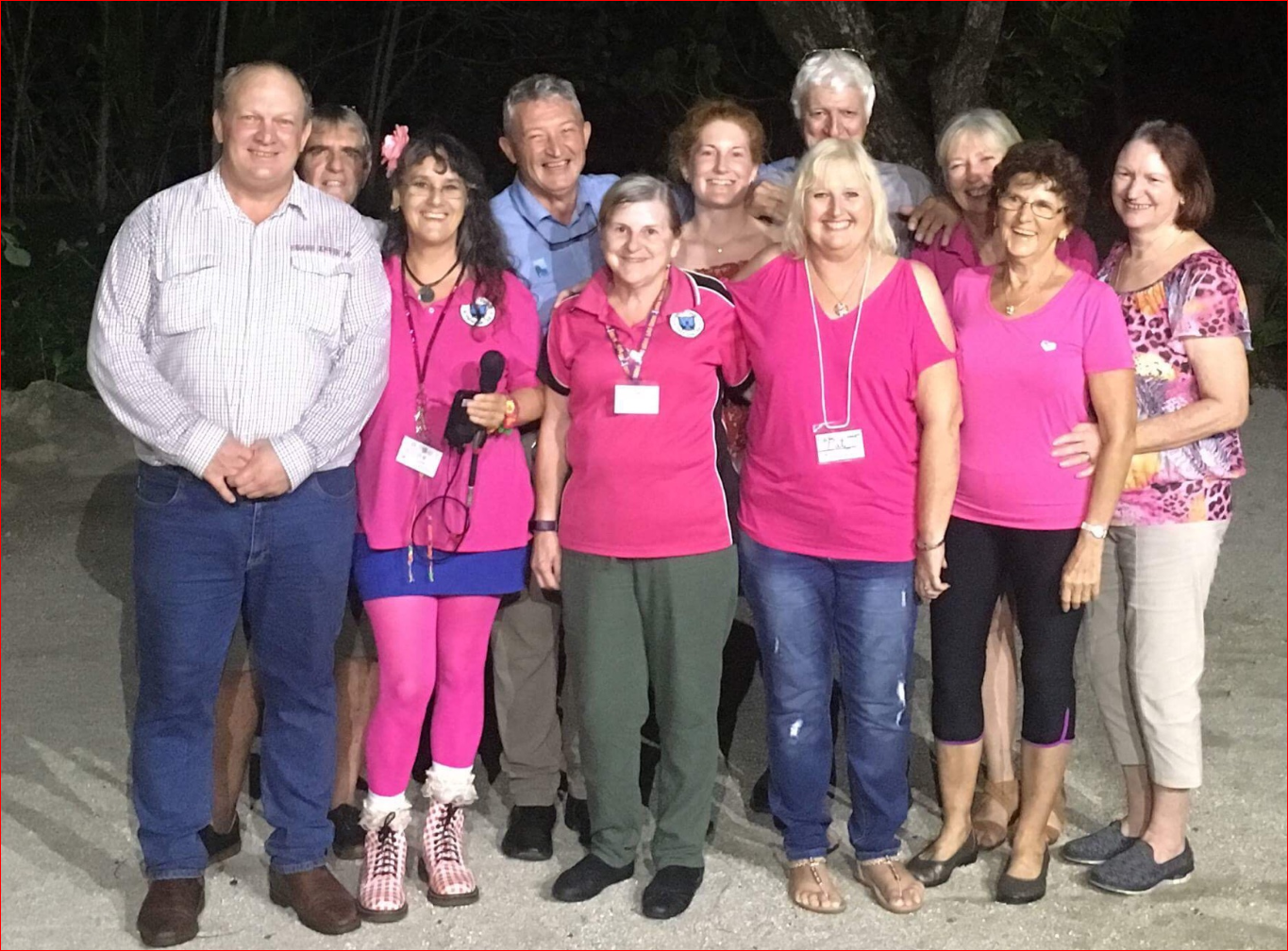 Member for Hill Shane Knuth MP and Hon Bob Katter MP rolled up their sleeves and battled against the best-of-the best in a celebrity ‘Dollies vs Pollies’ Petangue Challenge at Mission beach earlier this month.

Member for Hill Shane Knuth MP and Hon Bob Katter MP rolled up their sleeves and battled against the best-of-the best in a celebrity ‘Dollies vs Pollies’ Petangue Challenge at Mission beach earlier this month.

The match celebrated the Club’s new portable lighting system provided as part of Queensland Government’s Get Going Clubs scheme contributing $7,202 – enabling the Club to have lighting for night matches.

Mr Knuth said it was an honour to officially ‘turn on the lights’ to begin the celebration and the all-important match. “It was an honour to open the celebrations by switching on the lights, it is a benefit for the local club to be playing at night. This will enable more flexibility for people who may not be able to make it to daytime matches – a fantastic way to relax and unwind,” Mr Knuth said.

The Mission Beach Petangue Club President Kim Badcock said the night was a great milestone and the Pollies put in a great effort. “The night was an important milestone for the club where we can now offer night-time competition and games,” Kim said.

Every player on the Pollies team was a ‘captain’ and joining Mr Knuth and Mr Katter was Cassowary Coast Region Councillor Jeff Baines, and unofficial Mayor of Mission Beach Paul “Rocka” Roxby as reserve player.  Their competition, an all women team from Mission Beach ‘The Dollies’, consisted of foundation members Jasmine Miller and Sal Badcock plus an extended bench of women players.

Mr Knuth said he had to swallow his pride in saying the match itself was quite a challenge.  “It was very stiff competition playing against the Dollies, to be fair though they have a lot of experience at the game …  but in the end, we won!” Mr Knuth said.

Club President Kim Badcock said the Pollies took their training seriously, “The Pollies were very attentive during training, after all we know how much politicians hate to lose.”

Club spokesperson Sal Badcock chimed in, “It was interesting playing against a team where every player was a captain. Every female member of the club present on the night had a turn playing against them.

“We felt sorry when we led the scoring; nobody likes to see weeping politicians, I commend them on their good sportsmanship and for pretending to act pleased when they were allowed to win,” Sal said.

Stand out Pollie players on the night were Shane “Dundee” Knuth and Jeff “the knife” Baines. Bob Katter, although stylish with his tie, failed to impress the scorer or the Dollies – he finished the night on the bench in the central commentary position.

In the end all agreed fun won the night.